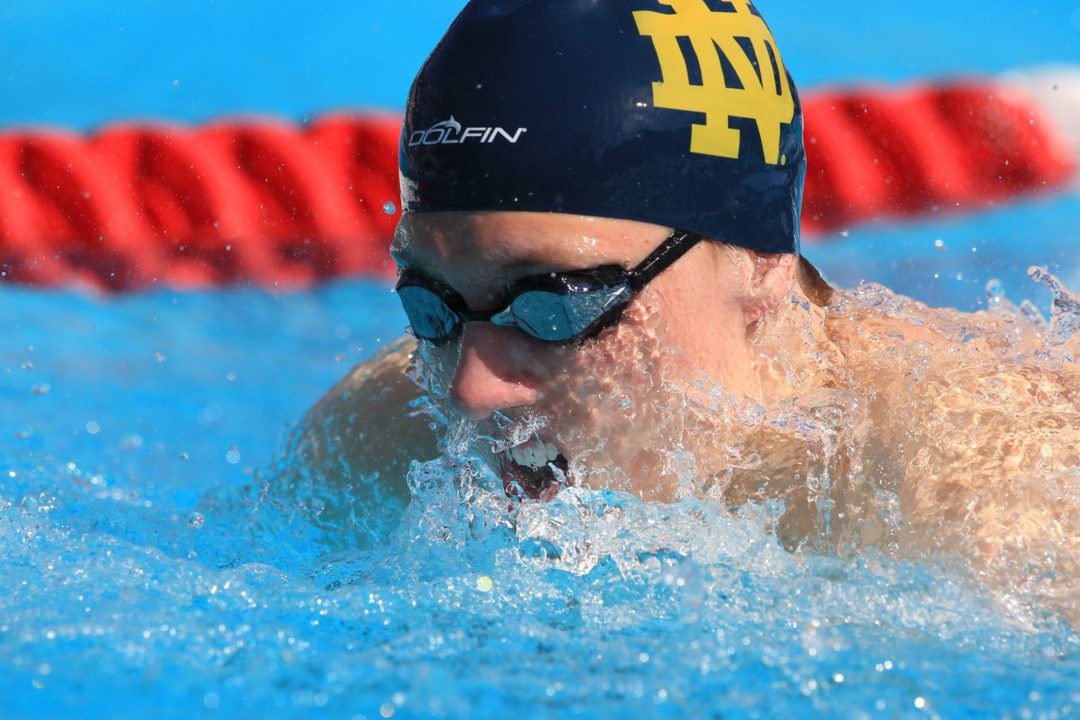 Schultz swam a 1:41.70 in the 200 fly that will almost-assuredly qualify him for NCAAs. Archive photo via Tim Binning/TheSwimPictures.com

There were two slam-dunk qualifiers to come out of the meet, including  Notre Dame junior Aaron Schultz, who swam a 1:41.70 in the 200 fly final. His previous season-best of 1:42.90, set mid-season at the Ohio State Invitational, would have ranked 40th nationally and would not have earned an invite. After going slower at ACCs, he improved his time twice on Sunday (1:42.37 in prelims). He now ranks 17th nationally in the event, which is a sure-fire NCAA invite spot.

The other likely qualifier from the meet is Wisconsin’s Cam Tysoe, who swam the one-and-only Badger race in the meet: a 1:40.04 in the 200 backstroke. That catapults him up to 15th in the country this season and makes him a ‘lock’ for NCAAs. This will be his first NCAA Championship invite (as an individual or relay swimmer).

Who did he knock out of NCAAs with this willynilly swim?