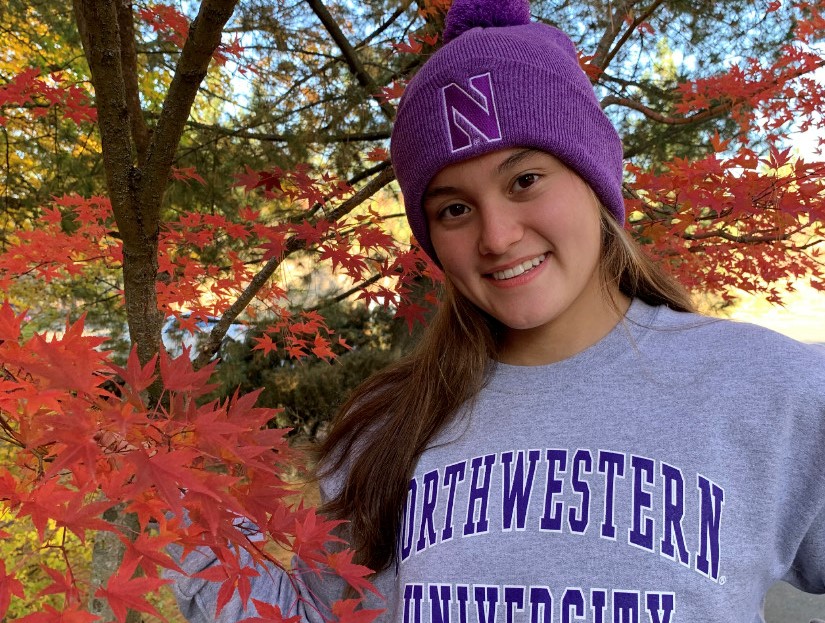 One of the top swimmers in the state of Washington, May Peterson has announced her decision to attend and swim for Northwestern University in Illinois. Peterson currently swims for the Spokane Wave Aquatic Team and for Cheney High School.

“I am so excited to announce my verbal commitment to continue my academic and athletic career at Northwestern University! Thank you to everyone who helped make this possible! Go ‘Cats!💜🤍”

This November, Peterson claimed the state title in the 100 back at the Washington Girls 3A Swimming and Diving State Championships. While she was slightly off of her lifetime best, her time of 54.60 was still fast enough to easily win the event by over a second. The state record in that event was set two years ago by one of Washington’s best 3A swimmers ever, Janelle Rudolph. Rudolph, who represented Stanford at last year’s NCAA Championships, finished in 52.90. Peterson also claimed the silver medal in the 100 fly in 54.90. That swim was a lifetime best.

Peterson is a big addition to Northwestern’s backstroke group, with times already below the current NCAA Championships B-standards. For the 2021-22 season, her 100 back is already fast enough to earn her the B-cut in the event, while her 200 back is three seconds off.

Northwestern’s backstroke group is led this season by another West coast transplant, junior Emma Lepisova of California. At this year’s Purdue Invite Lepisova became the first athlete on the team to dip below 53.0 this season, touching in 52.88. That time is already right on par with what she went at last year’s Big-10 Championships, where she touched 52.87.

At the conference level, Peterson is going to be an immediate threat to make the A-final of her events and will likely look to score points at the Big-10 Championships as a freshman. In 2021, her time in the 100 back would have finished 11th in prelims, missing the A-final by just .4. She would have narrowly missed the C-final in both the 200 back and 100 fly. With a year and a half left to improve, she will have a good chance of contributing big points for the Wildcats

Peterson will be joined in the class of 2027 by Lexi Greenhawt and Sydney Smith.