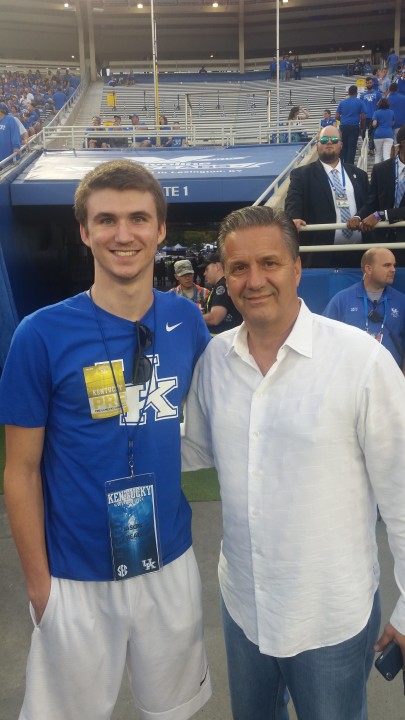 Jason Head of the North Texas Nadadores and Central High School in Fort Worth, Texas has given his verbal commitment to the University of Kentucky for 2016-17. Head is a sprint freestyler/butterflier who clocked a speedy time of 49.51 to place fifth in 100y butterfly event the 2015 Texas 6A High School State Championships.

Head’s personal bests include a 45.21 100y freestyle and 20.74 50y freestyle, in addition to a 1:39.64 200 freestyle and 49.48 100 butterfly. Head looks to help the Wildcats fill the void left by graduating senior speedster Derrick Smith and his talents will pair nicely with current UK Sean Gunn in terms of relay speed.

In the LCM realm, Head made a dent this summer in the men’s 50m freestyle at Junior Nationals, qualifying for the C-Final where he ultimately finished 22nd overall (23.51). Head also clocked personal LCM best times in the 100m freestyle (51.92) and the 100m backstroke (59.03) at the same meet.

Head joins fellow swimmers Wyatt Amdor and John Mitchell whom have also already verbally committed to swim for the Wildcats next season.

As for his decision to join the University of Kentucky, Head says, “I’m really looking forward to becoming a wildcat and hopefully bringing an SEC championship home to Lexington!”

What in the world??? Bringing an SEC Championship home? What kind of nonsense are these kids being fed? Is it a basketball championship? Swimming? Not in his college years that’s for sure.
Good luck though!

Why not? You know nothing about the swim team at UK.

I thought a similar thing. But at least he is aiming high!

True point — but in fairness to the kid, what do you want him to say? “If we really step up our game, we can go from DFL to maybe 6th or 7th place!”

mocking a kid for setting high goals when he’s coming onto an up and coming team? nice!

When did Calipari become a swimming coach???

Has nothing to do with swimming, or basketball. Kid just wanted a picture with Calipari.

Vote Up1-1Vote Down Reply
AHEAD of you already

The kid is already a great enough swimmer to have offers at competing SEC schools and otge schools far beyond in terms of college swim rankings. Why not get him a picture with a coach that ncaa bball recruits would die for? Solid recruiting move by UK. Wish he went elsewhere in the SEC because I’m not looking forward to having my school competing against him. Championships are always the best and if they are devoted enough to develop him then he will become a contributing factor to creating a winning NCAA swimteam. Do great Jason and don’t beat us Phelps style please or at least please wait to start beating us too badly until you’re an upperclassmen. To everybody… Read more »