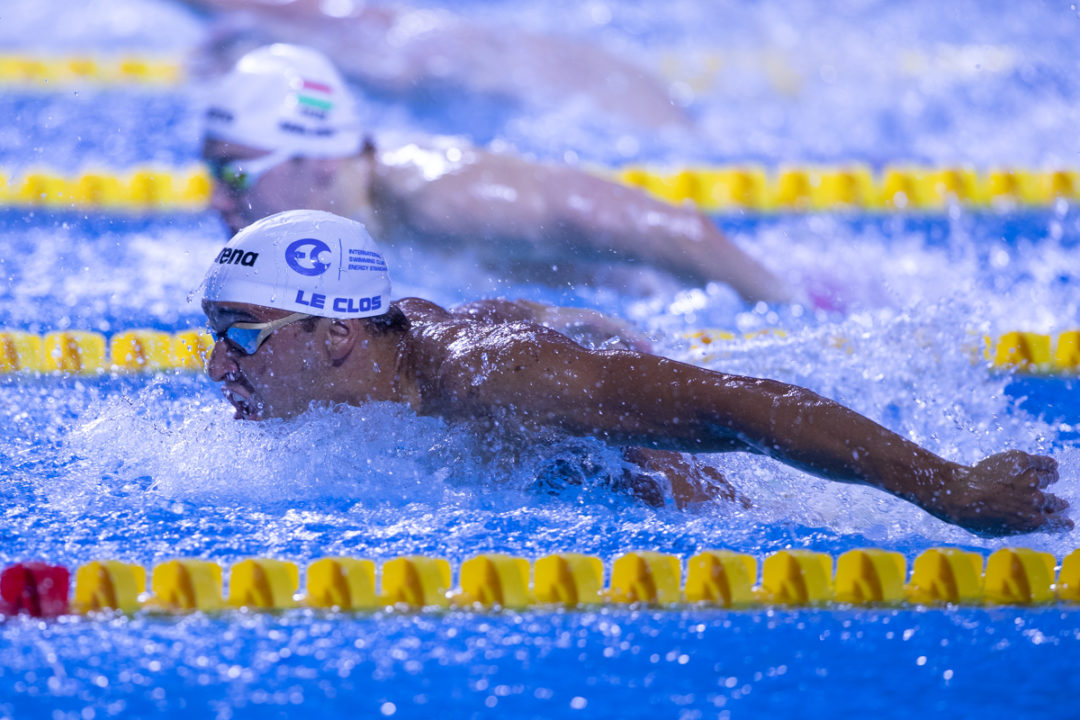 Olympian Chad Le Clos will not be racing at the South African Short Course Championships later this month, but plenty of young guns are ready to step up. Archive photo via “Rafael/Domeyko Photography”

Details regarding the 2020 South African Short Course Championships have been released, including the list of men and women invited to compete at the prestigious national event.

Although national record holders to the tune of Tatjana Schoenmaker and Erin Gallagher are set to race, Olympic gold medalist Chad Le Clos‘ name is absent from the exclusive attendees. Invitations were determined based on swimmers’ participation and performance at regional events held September 24th-27th, at which Le Clos did not attend.

His absence from the meet will open up opportunities on which the nation’s young guns to potentially capitalize, as both fly man Ethan Du Preez and IM ace Matthew Sates have been selected to compete.

Du Preez finished 8th in the men’s 200m fly event at the 2019 FINA World Junior Championships, posting a time there in Budapest of 1:58.83. However, in February of this year, pre-coronavirus pandemic, Du Preez blasted a new lifetime best of 1:56.50 to become South Africa’s 3rd fastest performer all-time at just 16 years of age.

Sates has also improved since last year’s World Junior Championships with the now-17-year-old owning long course lifetime bests of 53.84 in the 100m fly and 2:03.62 in the 200m IM from last year.

We’ll see how both these teens translate their LCM success to short course meters later this month, as well as see if Schoenmaker can drop her newly-minted 200m breast national record down even lower.

It seems a bit bizarre that Chad wasn’t selected to compete. Surely he isn’t competing because he is busy with the ISL in Budapest and training in Turkey?