No Hosszu At 2018 Hungarian Nationals This Week 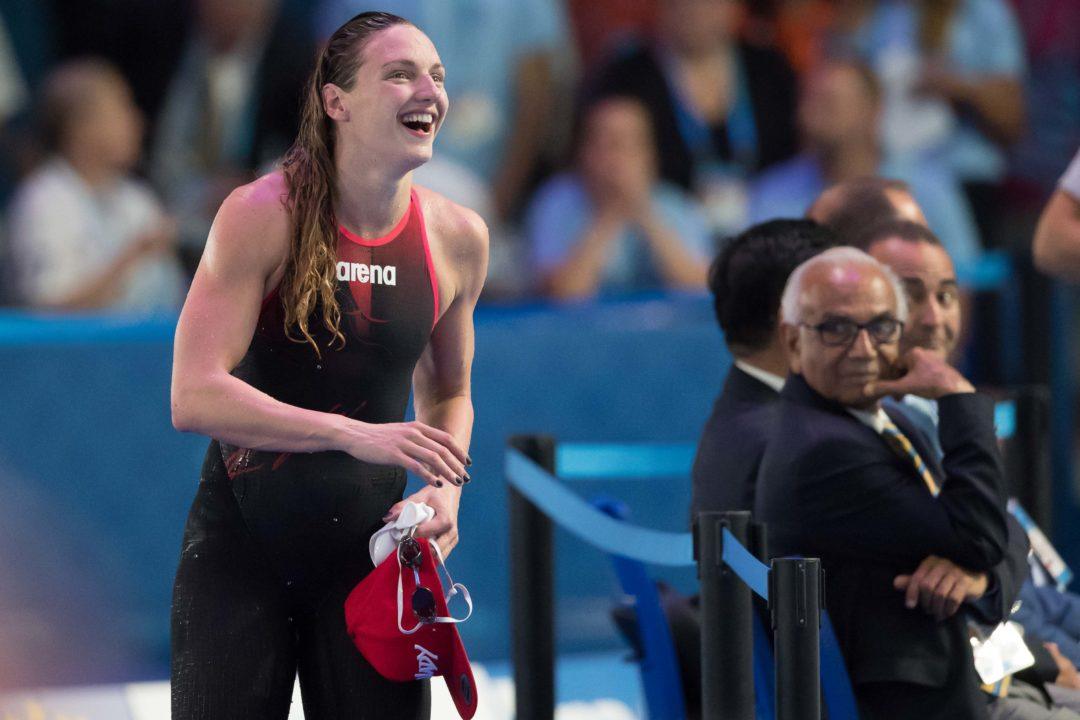 Still on her hiatus from competition, Hungary's Katinka Hosszu will be absent from her nation's championships this week. Archive photo via Mike Lewis/Ola Vista Photography

The 2018 Hungarian National Championships are slated to begin on Wednesday, March 28th in Debrecen, but 2 of the nation’s biggest stars will be absent from the competition. Although over 380 competitors are expected to race this week, multi-Olympic medalist Katinka Hosszu and national record holder Daniel Gyurta will not be among them.

We reported last month that, although Hosszu didn’t name a specific return competition, she did say her goal was to return to racing in March. Iron Lady fans will most likely be seeing their star compete for the first time in several months at the FFN Golden Tour Camille Muffat in Val-d’Oise, France coming up shortly.

As for Gyurta, the 200m breaststroke Olympic champion from 2012 announced his retirement from competitive swimming just this week, hanging up his goggles at 28 years of age.

Those stars that will be in attendance, however, have reportedly bulked up on their schedules in a bid to gain a spot on Hungary’s European Championships roster. Young Kristof Milak, the current 100m and 200m butterfly World Junior record holder being entered in 8 events, while his 16-year-old counterpart, Ajna Késely, will be contesting 9 events over the 4-day affair.

Laszlo Cseh is also entered in the meet, which represents his 19th Hungarian National Championships. At 32 years of age, Cseh has defied the aging process, taking silver in the 200m fly event at last year’s World Championships in Budapest.

Does Katinka Hosszu have a dual citizenship?

why should she????? Dual from where else?

She has (had?) an American husband. So she could get American citizenship should she was willing to do so. If Hungary allows dual citizenship it is very possible that it was part of the plan back in 2012. Before this unprecedented surge in performance began. If that really has happened then competing for Hungary was probably dictated by her patriotic feelings and Tusup’s business considerations.

Is Hosszu already qualified for euros?

I think Hungary usually does thing like allowing some top swimmers to jump the National Champs..