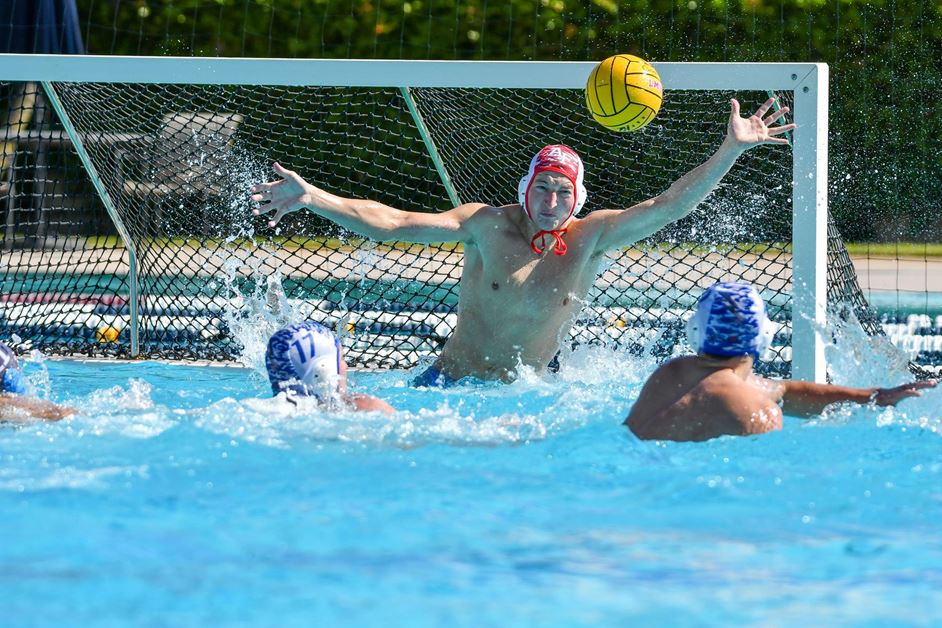 No. 19 Air Force (17-7) is the No. 5 seed in the Western Water Polo Association Championships, Nov. 19-21, in Davis, Calif. Archive photo via Air Force Athletics

The men’s NCAA Championship final will be aired live on ESPNU and streaming on the ESPN App on Sunday, December 4.

Series Record vs. LMU Air Force and LMU will meet for the 67th time. The Lions hold a 37-29 lead in the series that began in 1980.  Earlier this season, LMU defeated Air Force, 16-12, in Los Angeles. The teams split a pair of games last season in Los Angeles.

Earlier this Season vs. LMU: LMU took a lead in the second period and the Falcons never recovered in the 16-12 loss to the Lions. Sam Fuller and Grant Snyder each scored in the final minute of the first quarter to tie the game at 2-2. LMU scored three unanswered goals and had a 7-4 lead at the half. After a goal by Snyder, LMU scored three straight for a 10-5 lead. Goals by Snyder and Fuller early in the fourth cut the LMU lead to 12-10. However, that was as close as the Falcons would get. The Lions again scored three straight for the win. Snyder and Fuller each scored four goals for the Falcons.

Recently:  Air Force was idle last week. The Falcons closed out the regular season with a 9-8 loss at California Baptist, Nov. 6, in Riverside, Calif. CBU scored three goals in the fourth quarter, including the game-winner with 2:28 left. Fuller led the Falcons with four goals while Snyder and Christie each had two. A.J. Kuypers made nine saves and had two saves.

The Falcons in the Tournament: Air Force has won the WWPA Tournament three times, 1990, 1994 and 2012. The Falcons have finished second eight times, most recently last season. Since winning the title in 2012, Air Force’s highest finish in a non-COVID year was a third-place finish in 2015 and 2017.

Best Start in 30 years:  Air Force opened the 2021 season with six straight wins, before falling to No. 6 Long Beach State. The six-game winning streak is the longest since the 2008 team won seven in a row at midseason. With wins over MIT and Brown, the Falcons improved to 11-1 overall this season, the best start since 1977.

All-American Grant Snyder: Junior Grant Snyder, a second-team All-American as a sophomore in 2020, has put together an outstanding 2021 season. Snyder is second in the WWPA in both goals (81), points (105) and sprint victories (39) and is fourth in steals (39). He is fourth in the nation in goals, points and sprint victories. Snyder has scored a goal in all 24 games this season. He has been named the USAFA Athlete of the Week twice and was named the WWPA Player of the Week once (Oct. 20).  Snyder had a career-best nine goals in a season-opening win over Claremont-Mudd-Scripps. He had five goals in the win over Navy and tied his career best with nine points (5-4-9) in the win over Brown. In conference games only, Snyder led the league in goals (25) and points (35) in the regular season.

Snyder Climbing the Charts: Snyder’s 81 goals this season are the second most in school history. Ben Phillips set the school record with 120 in 1972. Snyder’s 105 points are the fifth most in school history. Snyder needs five points to jump into fourth place. Phillips holds that record as well with 145 points in 1972. David Chaney is second in single-season points with 121 and Scott Butler is third with 117. With the COVID shortened season of 2020, Snyder still ranks just outside the top five in career goals and points.

2020 WWPA Champions: Air Force won its first ever WWPA regular season championship in 2020 with a perfect 2-0 record in conference play. The Falcons defeated Loyola Marymount, 15-13 in overtime, and Cal Baptist, 15-14, in overtime, in designated conference games. Air Force was the No. 1 seed in the WWPA Tournament, but fell to California Baptist, 11-9, in the title game. Air Force finished the season ranked eighth in the nation.