No. 10 Stanford Win Three of Four Events In Diving Dual Against Harvard 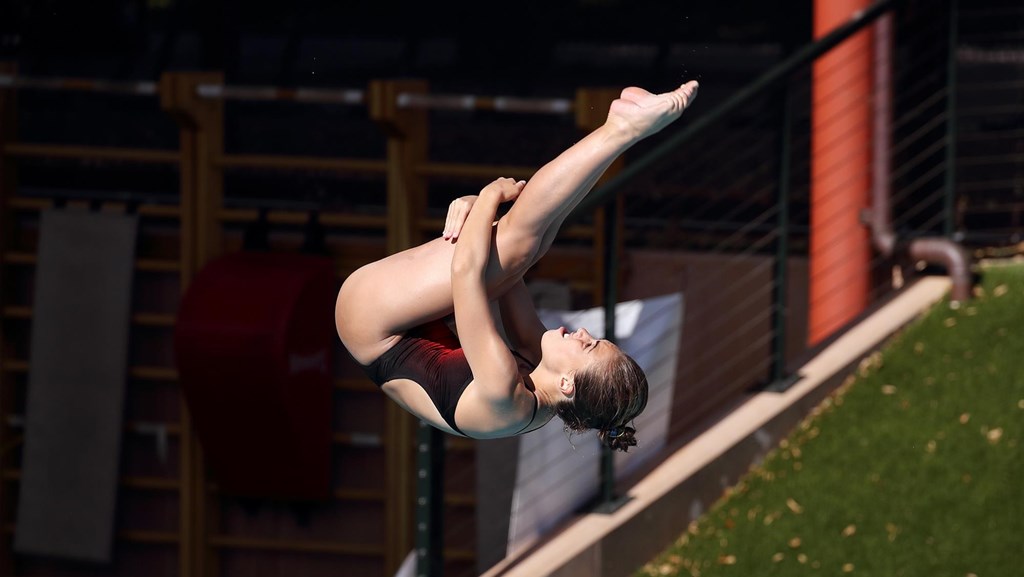 Stanford vs. Harvard (Diving Only)

STANFORD, Calif. – The Cardinal took the first competition dives of 2022 in the Avery Aquatic Center on Wednesday as four men competed in the 1-meter and 3-meter against Harvard. Conor Casey took home the top spot in the 1-meter while Jack Ryan notched a second-place finish in the 3-meter.

Each athlete dove six times at each height, starting with the 1-meter. Casey scored a total of 386.70 to claim the top spot, while Jack Ryan took fourth with a 307.05 and Ethan Foster snagged fifth with a 296.03. Hunter Hollenbeck finished eighth in the event with a 277.13.

On the 3-meter, Ryan recorded a 335.78 for second-place and the Cardinal’s top finish in the event. Ethan Foster took sixth with a 299.55 and Hunter Hollenbeck claimed seventh with a 273.30. Conor Casey finished with a score of 252.30 in the event.

The divers will be back in action on Friday, January 14 in Los Angeles for the three-day Bruin Invite. Meanwhile, the swimmers will face off against Harvard on Friday afternoon in the Avery Aquatic Center.

STANFORD, Calif. – Stanford women’s diving picked up a pair of wins in a dual meet against Harvard, Wednesday at the Maas Diving Center. It was a diving-only meet between the Cardinal and the Crimson on the women’s side.

The divers will have a quick turnaround with an appearance at the Bruin Diving Invitational, Jan. 14-16 in Los Angeles, Calif.

STANFORD, Calif. – First-year Adam Wesson won the 3-meter event and placed second in the 1-meter event to lead No. 23 Harvard University men’s swimming and diving in a pair of diving events against No. 10 Stanford University on Wednesday afternoon at the Maas Diving Center at the Avery Aquatic Center.

Wesson scored a 375.53 to take the 3-meter event, registering the Crimson’s top score in the event this season. He and senior Hal Watts eclipsed the NCAA standard marks in both the 1-meter and 3-meter events.

STANFORD, Calif. – First-year Amy Wotovich placed second in 1-meter diving to lead Harvard University women’s swimming and diving in a pair of diving events against No. 4 Stanford University on Wednesday afternoon at the Maas Diving Center at the Avery Aquatic Center.

Wotovich scored a 286.95 in the 1-meter event, recording the Crimson’s top score in the event this season. She eclipsed the NCAA standard marks in both the 1-meter and 3-meer events on the day.

Harvard hosts the University of Pennsylvania on Saturday, Jan. 22 at 2:30 p.m. (ESPN+) at Blodgett Pool.