Nicolas Oliveira out of Short Course Worlds, to be replaced by Gabriel Ogawa on Brazilian roster 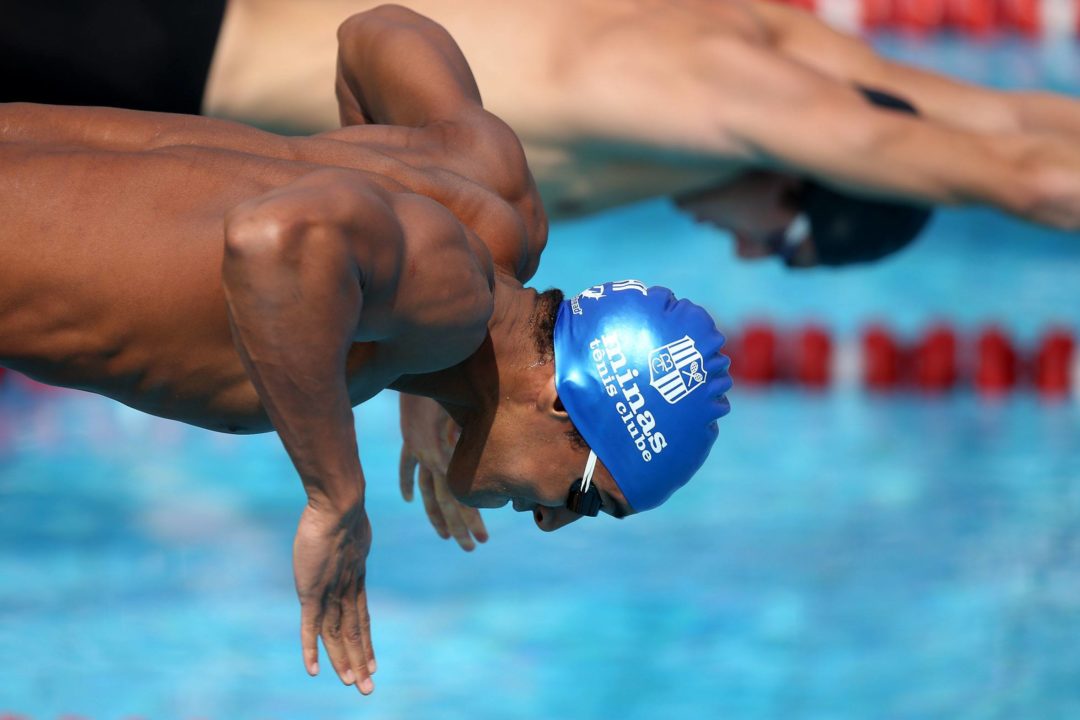 Freestyler Nicolas Oliveira has dropped off the Brazilian roster for the 2014 Short Course World Championships, becoming the second major Brazilian name to do so. Archive photo via Satiro Sodre/SSPress

Freestyler Nicolas Oliveira has dropped off the Brazilian roster for the 2014 Short Course World Championships, becoming the second major Brazilian name to do so.

BestSwimming.br reports that Oliveira will drop off the roster, joining Graciele Herrmann, who scratched just a few weeks ago. Oliveira was slated to swim the 200 free and 4×100 free relay. He’ll be replaced by Gabriel Ogawa, a 20-year-old making his first-ever appearance with the Brazilian National Team in major international competition.

Ogawa holds the 5th-fastest short course 200 free time in the nation at 1:45.99, compared to Oliveira’s 1:43.74, which ranks second, according to BestSwimming. Oliveira’s spot on the 4×100 free relay won’t be filled by a new roster member, but will instead go to Nicolas Santos, who is already on the team.

Did he give a reason for dropping out?

It was reported that Oliveira came down with a severe case of ballsohard.

Alan Vitoria (5th fastest 100 free) will be added to the team for the relay. Probably Cielo might sit out during prelims and the 3 fastest swim at finals..