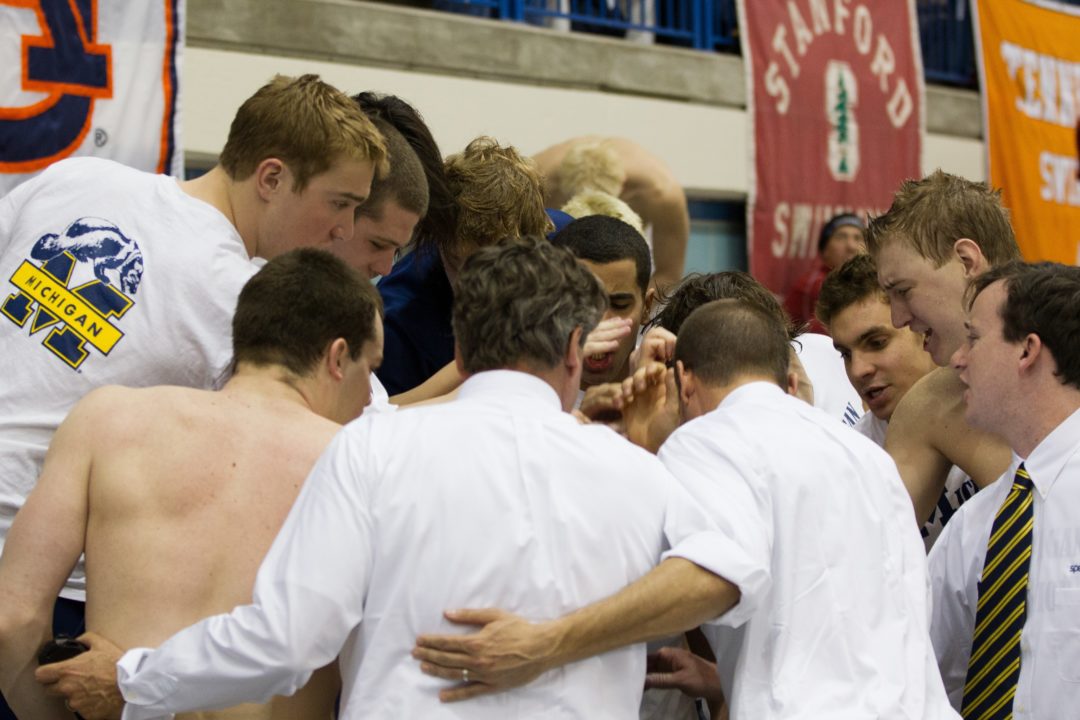 In our preview of the Michigan men’s team this year, we lamented how in an otherwise well-rounded team, the 200 backstroke was the one event where the Wolverines were unlikely to score at NCAA’s, or perhaps even have a qualifier. In the next few seasons, though, that spot will no longer be a problem for the Wolverines, as Jack Mangan has given Mike Bottom his verbal commitment.

Mangan enters his senior season with bests of 49.21 in the 100 back and 1:45.67 in the 200 back, the latter of which is already on the verge of what it takes to score at the Big Ten Championships.

He especially had a great summer of long course competition. In the year 2012 alone, he knocked 6 seconds off of his personal best, culminating in a 2:03.85 in a Time Trial in Omaha. His yards improvement as a junior were not quite that big, but still significant: he knocked 4 seconds off of his 200 back, for example, and a second in the 100. He will be a big favorite in that shorter backstroke at this year’s Illinois State Championship meet, after finishing 2nd last season.

Though perhaps not as well-known as a freestyler as some of his New Trier teammates like Reed Malone and Max Groedecki, he was also a member of that 400 free relay that last year became the first high school relay to ever dip under three minutes. Their overall record has since been broken, but it still stands as the National Public School Record.

His freestyle skills will be a hidden bonus for Bottom’s sprint program: he was 3rd at the Illinois State Championship meet individually in 45.94. and has been a 1:39.9 in the 200.

CollegeSwimming.com ranks Mangan as one of the top 50 recruits in the class of 2013.