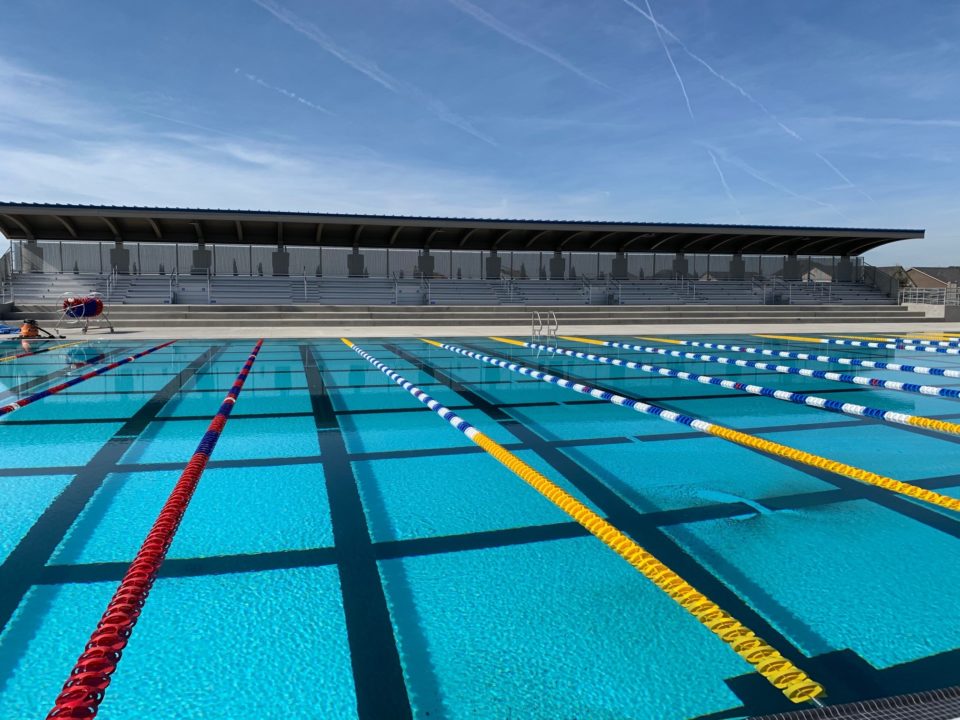 The Kern High School Aquatics Center was officially unveiled on February 6 with a ribbon-cutting ceremony, but like many other pools in California, it has been forced to close amidst the coronavirus pandemic. According to the KHSD district, the Olympic sized pool has 9 long course lanes, 18 short course lanes, 2 one-meter diving boards, and seating to welcome over 500 spectators.

Today is the day! We will be holding a ribbon-cutting ceremony for the beautiful KHSD Aquatic Complex! We cannot wait to show the community this amazing state-of-the-art facility! @KHSDAthletics #PreparedtoSucceed pic.twitter.com/6LZuqYiMwH

Bakersfield, California is home to Kern County, also known as “The Golden Empire” for its significant agriculture-based economy in the Central Valley.  The population of 900,202 (according to the 2019 census) includes students who attend a total of 32 schools in the Kern High School District.

Money for this new pool was allocated by Kern County’s Board of Trustees in 2016. By voting to pass Measure K, they provided $20 million to build up to two pools. The estimated $14 million Kern High School Aquatics Center will provide training and competition opportunities for an overlooked sport in Kern County: water polo.

Water polo was not a recognized CIF sport in Kern County until the KHSD Board of Trustees voted to make it one in January of this year. Before the vote, only two schools had water polo programs (Garces Memorial High and Bakersfield Christian High School.)

“There was no high school water polo in Kern County when I moved here 13 years ago,” said Jason Gall, the head water polo coach at CSUB and Garces Memorial High. He has since started the Bakersfield Water Polo and Swim Club that has brought aquatic sports to over 500 kids. With this new aquatics center, KHSD plans to introduce water polo to 6-8 more of its Kern County high schools this coming school year. The district hopes to start their inaugural water polo season in January.

The new Kern High School Aquatics center is also a game changer for swim and dive teams. Before, the Independence High School swim team of about 100 kids practiced in a shallow 6 lane pool.

“It feels like a new beginning for our team,” said Alison Abrams, the head swim coach at Independence High School, about the new pool. “If they offer the pool to more club teams around here, I hope that more kids will get involved in aquatics.”

Its about time Kern County got somethin. Cheaper to live than La nut Kern is hurt by doing just Agriculture work and oil/.