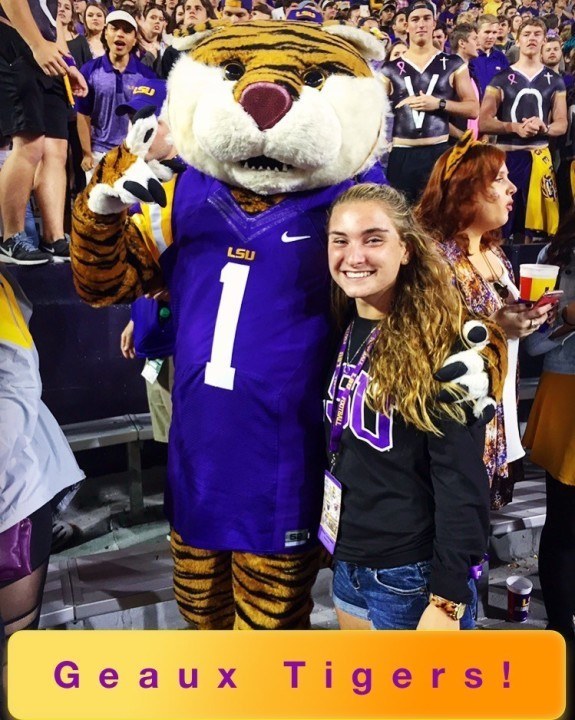 Shore Regional High School’s Helen Grossman has verbally committed to LSU, giving the Tigers a butterflier to help carry the load for after the graduation of current junior Kara Kopcso.

Grossman is a Winter Junior National qualifier and is the holder of 7 New jersey Swimming LSC Records, dating back as far as 2008 and her days as a 10 & under. Most noteworthy among those records is the one she set this summer at the New Jersey JOs in the 100 long course meter butterfly. There, she swam 1:01.85, which is the fastest ever done by an 18 & under member of the LSC.

She’s still a little ways away from the SEC Championship scoring levels in both of her primary events.

Last season, LSU had two 52’s in the 100 fly and a 54.3. Of those three, only Kopcso (52.42/1:55.01) will be left by the time Grossman arrives on campus. This year’s freshman class has a few butterfliers (Lia Joslin, Gabrielle Pick, and Summer Spradley), but neither of them were of Grossman’s caliber coming out of high school. That should leave her in the driver’s seat as the primary understudy to the outgoing Kopcso, especially in the sprints. The group of 4, though, will give Dave Geyer some depth in the stroke and the ability to try different things with his team.

Great to hear. Anyone that is for LSU is welcomed. Good luck.

Helen Grossman is my idol!!! She is on the same team as me!