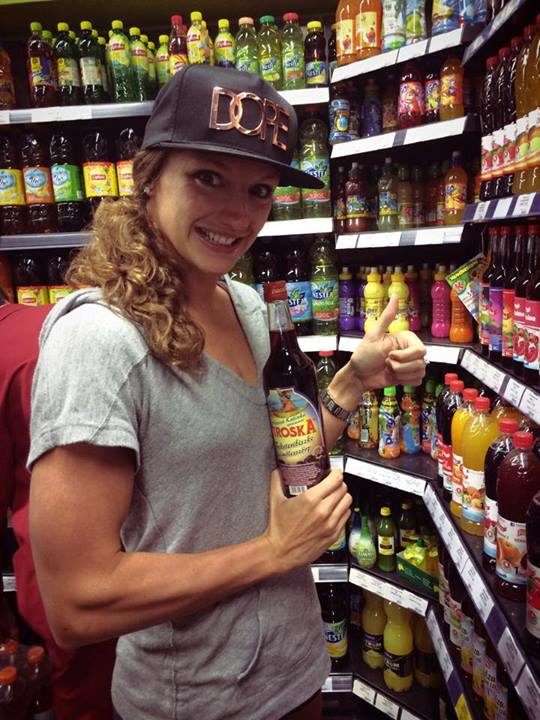 Ever go grocery shopping and see your own face staring back at you from the drinks aisle? Well that's what happened to Hungarian swimming star Katinka Hosszu yesterday. Current photo via Katinka Hosszu on Facebook

Ever go grocery shopping and see your own face staring back at you from the drinks aisle?

That’s what happened to Katinka Hosszu yesterday. The Hungarian star was revealed as the new face of “Piroska” fruit drinks earlier this year, according to this post from the Piroska Facebook page.

This week, the Iron Lady posted a picture to Facebook after she came face-to-face with herself in the supermarket, seeing her own picture on the Piroska drink. The picture above included the following caption:

Hosszu continues to rise as one of the more monetarily successful swimmers in the world at the moment. Aside from endorsements like this one (where specific monetary details are often undisclosed), Hosszu has turned her torrid meet and event entry pace into a highly successful run – competing constantly, and entering nearly every event possible at many of these competitions, Hosszu has brought in a huge cash haul, including over $190,000 on last year’s World Cup circuit and a tour-leading $5700 on the U.S. Grand Prix circuit this season.

Piroska is a Hungarian company that produces fruit drinks and is also known for its wine and vermouth. You can get a better view of the fruit drink bottles bearing Hosszu’s picture in this ad, also posted to the Piroska Facebook page:

Whoa….. The girl has got MUSCLES!

Is the hat dope?

Is she a dope?

Is she encouraging doping?

That aside it’s exciting to see swimmers monetize their career so successfully.

Katinka is dope, but she is no dope.