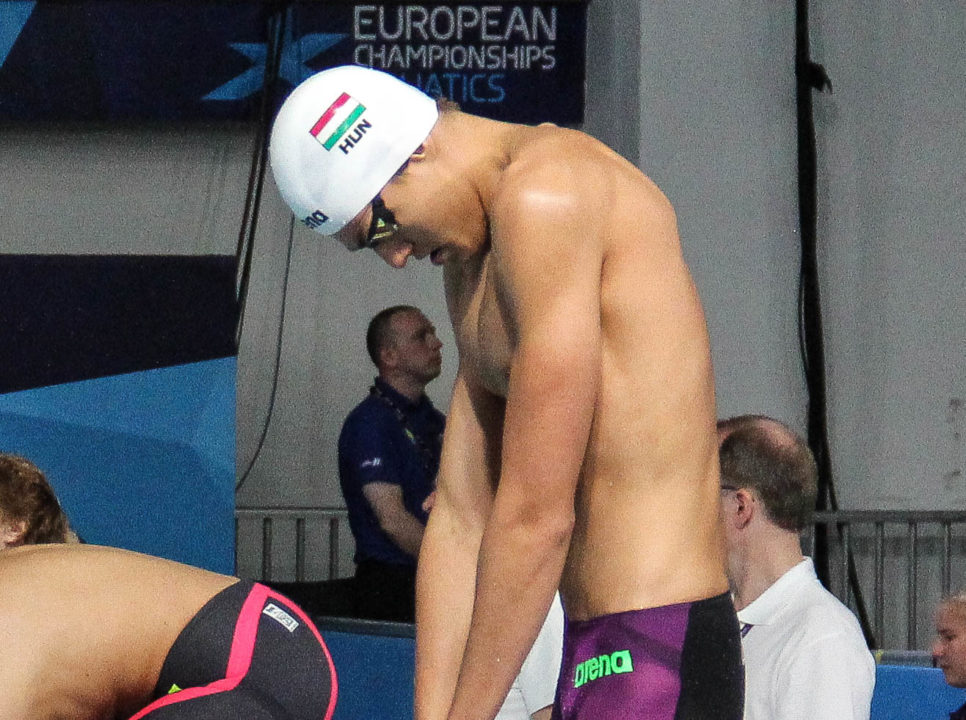 Night 3 of the 2020 Hungarian Championships brought a national record in the form of Nandor Nemeth's PB in the 100m freestyle. Archive photo via Giusy Cisale

While competing on day 3 of the 2020 Hungarian Swimming Championships, Nandor Nemeth checked in with a new national record en route to claiming the men’s 100m freestyle top seed for tomorrow morning’s final.

As such, Nemeth was racing in the men’s 100m free heats tonight when the 21-year-old hit a time of 48.08 and shaved .02 off of his previous lifetime best and Hungarian standard of 48.10. That previous mark was registered at the 2019 FINA World Championships in Gwangju where Nemeth finished in 6th place.

Nemeth was the only swimmer to get under the 49-second barrier in tonight’s prelim with the morning final yet to come. His time in Gwangju already qualified him for the Tokyo Olympic Games, having gotten under the FINA ‘A’ cut of 48.57.

he could medal in Tokyo, maybe more likely on the 200 free