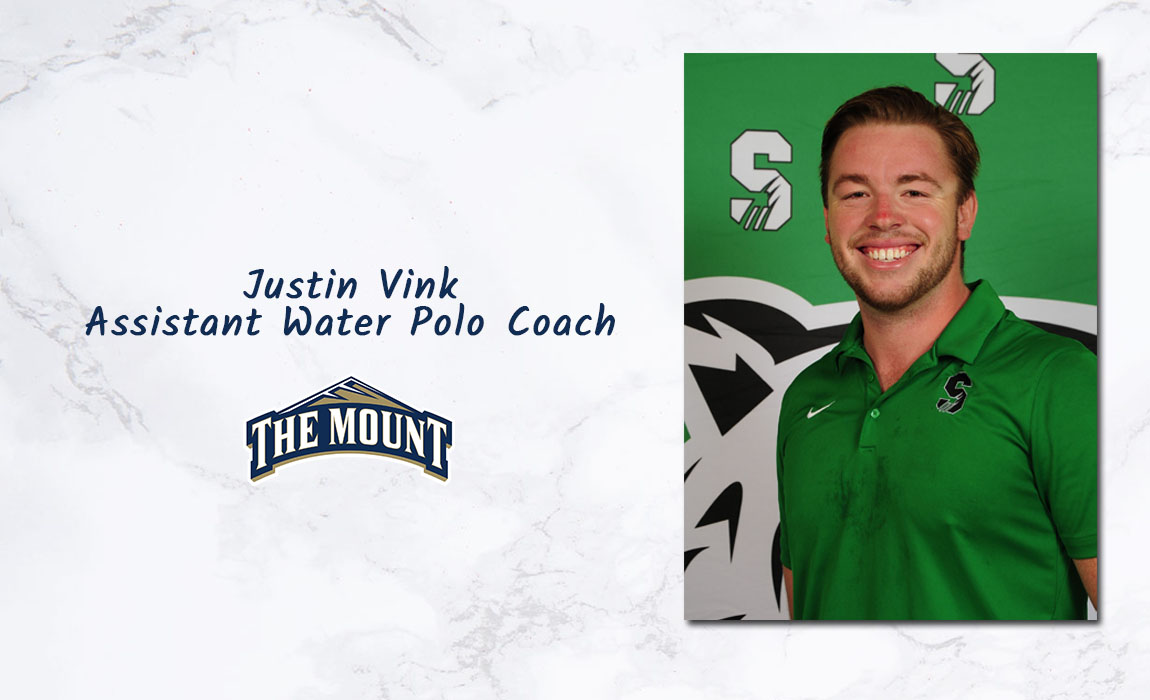 Vink joins the Mount from Salem University, where he served as graduate assistant for three semesters. Current photo via Mount Athletics

“I’m honored and excited to welcome Justin to The Mount! His attention to the details and fundamentals, plus his love for the sport will continue to help elevate the men’s and women’s teams.” Head Coach Alyssa Diacono said.

Vink joins the Mount from Salem University, where he served as graduate assistant for three semesters. Working under head coach Robert Bullion, Vink helped lead the Tigers to a 12-12 men’s record in the fall of 2019 and a 13-10 women’s record in the spring of 2020. The team was recognized in top 25 polls, and are renowned for academic success, with the women’s team leading the nation’s water polo teams in GPA and the men coming in second.

Before his time in West Virginia, Vink worked a series of coaching jobs in California and Pennsylvania. He worked with the club teams at the University of Southern California, assisted at Harvard Westlake Upper School and served as head coach for swimming and water polo for John F. Kennedy High School in Los Angeles. While in Pennsylvania, he spent a season coaching Fairview High School, improving the team’s state rank from 38th to 20th and placing three players on the all-conference team.

Mount’s newest coach honed his craft at Penn State Behrend, where he played driver for the Lions from 2011-2014. He competed every season, scoring 82 goals, registered 57 assists and tallied 56 steals. In his freshman campaign, he was pressed in as a goalkeeper, completing nine saves.

Originally from Los Angeles, Vink graduated from Penn State Behrend with a degree in communications in 2015 and a master’s in sport management from Salem.