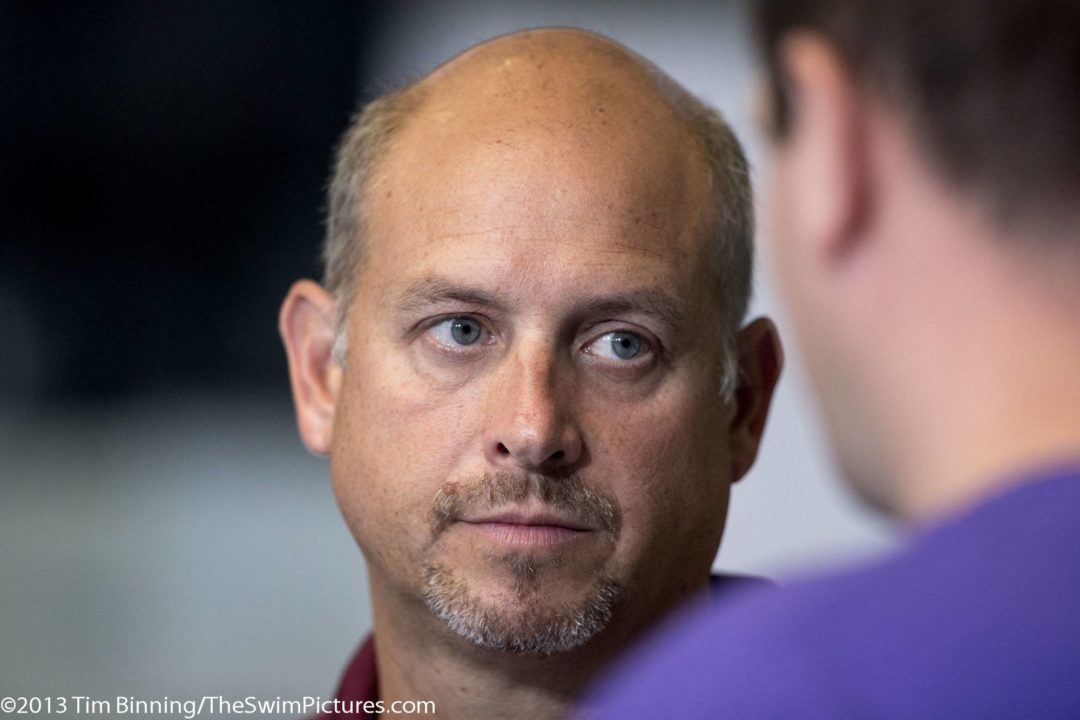 The Virginia Gators of Roanoke, Virginia, have announced that they have hired former VT head Ned Skinner as the new head coach Current photo via Tim Binning/TheSwimPictures.com

The Virginia Gators of Roanoke, Virginia, have announced that they have hired Ned Skinner as the new head coach. Skinner succeeds team founder and longtime head coach Doug Fonder at the helm of the program.

Interesting that Reed was named last, as he joined the Gators (officially) in August of 2014 and is currently the only member of the group listed to be a three time NCAA All American!

The list of Gator swimmers are alphabetical, thus Reed is listed last but as you implied, not the least.

The Gators are blessed to have you, Ned!

A true gentleman and everything you would want in a coach. My son swam for Ned back in the day at Central CONN. He and so many of his teammates have gone on to be very successful in their post swimming careers. They swam fast for Ned and he really stayed on top of their academics. In addition to doing well in their chosen careers, they have become great moms and dads. They were fortunate a have a terrific role model as a coach and this is what the ultimate goal of collegiate athletics should be. Thank you gain Ned and the Gators are indeed fortunate to have him leading their program. Best wishes for continued success in your new… Read more »

The Gator Organization is so lucky to have not only an amazing coach but person leading the club. Such an awesome hire. Excited to see what the future holds for all involved!

Great interview. Great coach and an outstanding individual. He is a class act!

What happened in 2007 with the vacated title?

FSU had some academic fraud issues. Turned out they would have won even without the “cheating” athletes, but the consequences were a vacated title. FYI: Neil Harper (currently at Arkansas) was the head coach. Additionally, in case you are curious, UVA finished 2nd.

0
-1
Reply
Welcome to the ranks

Welcome to the ranks of AGE group swimming. Definitely different than the college ranks…….coach is gone on weekends from October – Mid August yearly in Age group swimming—-not just end of October – February for University.

Excited to see what Ned is able to do for the program. Hands down the most personable and respectful coach I’ve been around at the collegiate level. Congrats Ned!