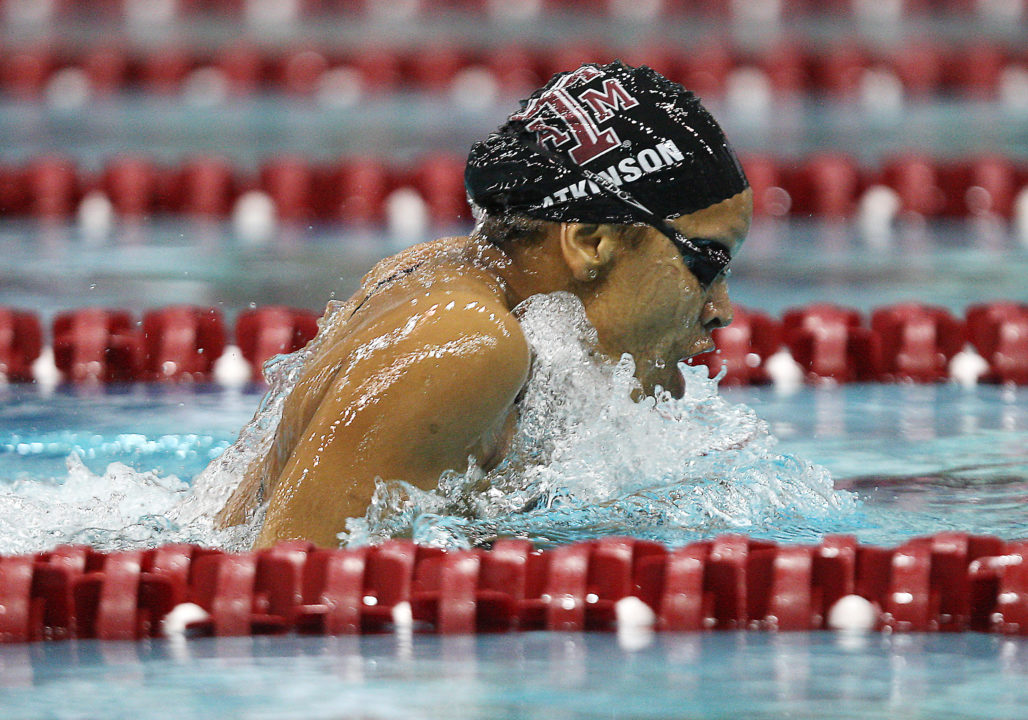 COLLEGE STATION, Texas – Four-time Olympian and 2010 NCAA Champion Alia Atkinson ’10 is one of 10 athletes selected to the Texas A&M Athletics Hall of Fame Class of 2019.

“Alia is very deserving of this honor,” said Texas A&M head coach Steve Bultman. “She was our second NCAA Champion, just minutes after Julia Wilkinson won the first. She’s as nice as a person as she is a swimmer and she’s always smiling!”

Atkinson is currently a Special Project Manager for the International Swimming Hall of Fame and an AAN Managing Member.

The organization’s 42nd annual Burgess Banquet will be held Friday, September 13 in the Ford Hall of Champions on the west side of Kyle Field, and the event is open to the general public.

A reception begins at 6 p.m. with dinner beginning at 7 p.m. Event sponsorship opportunities and individual tickets are still available by calling the Letterman’s Association (979-846-3024).

Very deserving of this award. Atkinson is a great role model and leader in the sport.