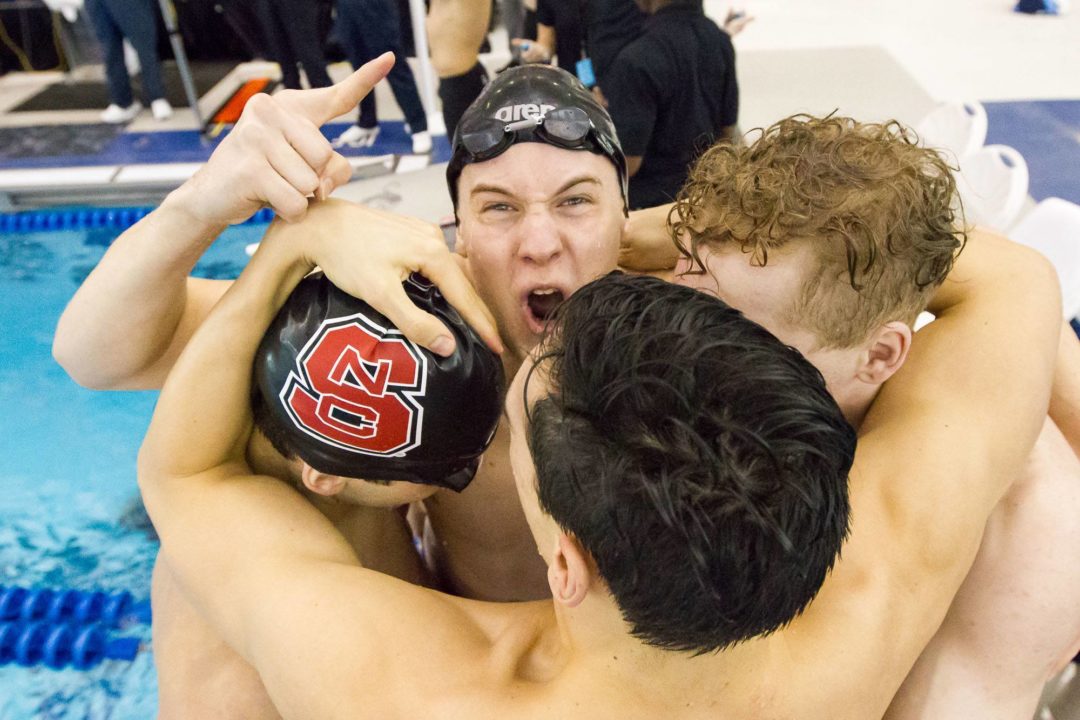 Wolfpack passed out team awards from the 2013-14 season this past weekend. Current photo via Tim Binning/TheSwimPictures.com

The NC State swimming & diving team announced its captains for the 2014-15 season at the squad’s annual end of season team banquet this past weekend.

Lauren Poli and Nicole Haynes were selected to lead the women’s squad, while Michael Camper, John Newell and David Williams will serve as captains of the men’s team.

“We’re pleased to announce our captains for the 2014-2015 season and entrust their leadership for our program for now and into the future,” said head coach Braden Holloway. “These individuals will help lead us through the next challenges and each embodies the core principles of Wolfpack Nation: Confidence, Passion, Spirit, Courage, Pride and Strength.”

In addition to naming the team captains, the squad also passed out its annual awards at the banquet. The 2013-14 season saw the men’s and women’s squad finish in the top-20 at the 2014 NCAA Championships, as it marked the first season in the program’s history that each squad posted a top-20 finish in the same season.

Bell Tower Freshman Award (awarded to the freshman who makes the most impressive transition and contribution to the team)
WOMEN: Natalie Labonge
MEN: Andreas Schiellerup

Brickyard Most Improved Award (Awarded to the person who has shown most improvement)
WOMEN: Ashlyn Koletic
MEN: Stephen Coetzer

david williams is a BEAST!