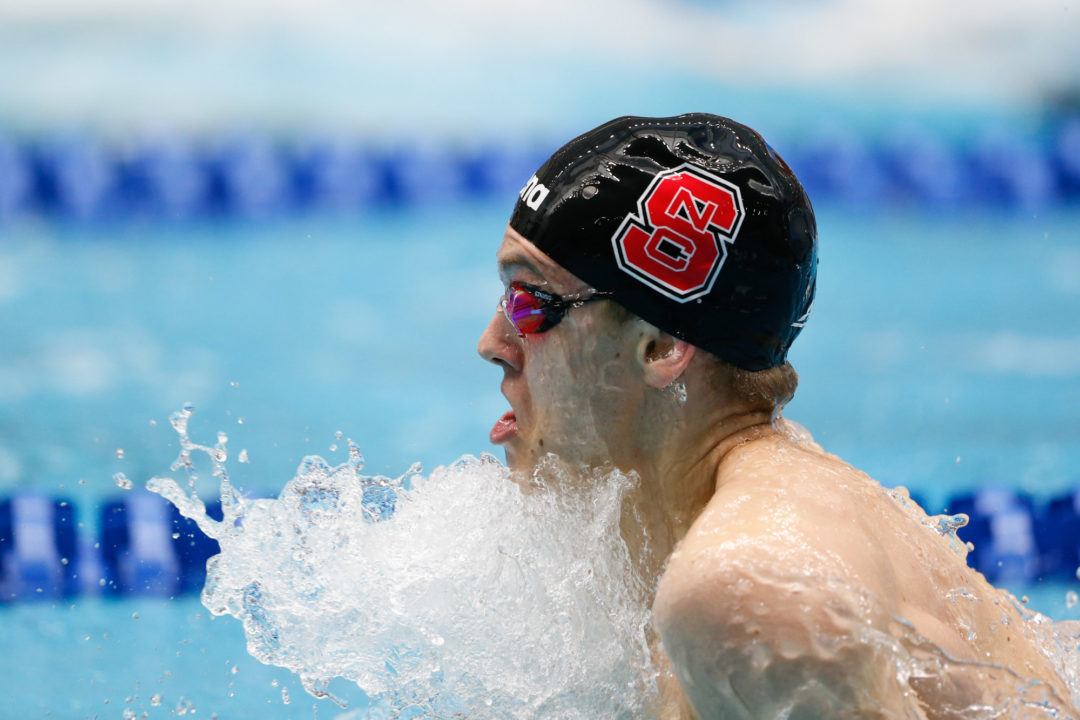 In what has become one of the most eagerly-anticipated events on the NC State athletics calendar, the NC State men's & women's swimming & diving team will be hosting the third annual Wolfpack Games on Friday Sept. 29 at 6:00 p.m. inside Willis R. Casey Aquatic Center. Current photo via Tim Binning/TheSwimPictures.com 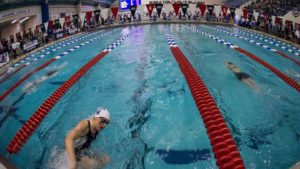 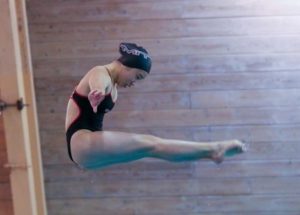 In what has become one of the most eagerly-anticipated events on the NC State athletics calendar, the NC State men’s & women’s swimming & diving team will be hosting the third annual Wolfpack Games on Friday Sept. 29 at 6:00 p.m. inside Willis R. Casey Aquatic Center.

The entire team is eager to be in front of Wolfpack Nation for the first time in 2017-18, including junior Andreas Vazaios, who broke Greek National records in the 200 freestyle and 200 individual medley at the FINA World Championships in Budapest, Hungary, over the summer.

“I think that the Wolfpack Games are kind of a family tradition,” he explained. “I’m looking forward to the fans and spectators having the opportunity to experience the energy and spirit that our team has. As for myself, I’m really happy that I am able to have a full season swimming short course, as a team we went through some changes but I totally believe we are even better now. We are training hard and supporting each other, the sky is the limit. Go Pack!”

Senior Hannah Moore, who recently earned U.S. National Team selection, is also eager to put on an entertaining evening for NC State fans, despite having mixed emotions about this being her final season with the Wolfpack.

“Fans can definitely expect an exciting atmosphere because Coach Holloway and the rest of the coaching staff work really hard to make this a fun event for the crowd,” she said. “It’s much different from a regular swim meet, but it’s an entertaining way to kick off the season nonetheless. Knowing this is my last season representing NC State makes me very sad, but looking around at the women I get to share it with is a blessing in itself. I couldn’t ask for a better team than the one we have this year.”

Members of the 2017 ACC Champion NC State Women’s swimming & diving team will be presented with their rings.

Each swimmer will be attached to a power tower and will swim 25 yards in a stroke they are assigned. Times recorded on each swim will be recorded, then added up at the end of the race. All women will be wearing fins. Opening with backstroke will be Parker Campbell and Jacob Johnson for Team One and Mackenzie Glover and Luke Sobolewski for Team Two. They are followed by Anna Shumate and Patrik Schwarzenbach in breaststroke, along with Daniel Graber and Rozhina McClanahan. Jabari Baptiste and Danika Huizinga square off in butterfly next, while Ray Van Deusen and Olivia Calegan anchor with freestyle against Tyler Rice and Cobe Garcia.

Ryan Held, Justin Ress, Andreas Vazaios and Soren Dahl will be presented their NCAA Championship rings following their performance at the NCAA Championships that saw them finish the 800 freestyle relay in 6:06.53, breaking the NCAA and U.S. Open records. The performance also broke the ACC, pool, meet and school records.

While the men’s & women’s swimming & diving team have been hard at work preparing for the 2017-18 campaign, the Wolfpack Games look to be an exciting and fun for show to help get fans ready for the season.