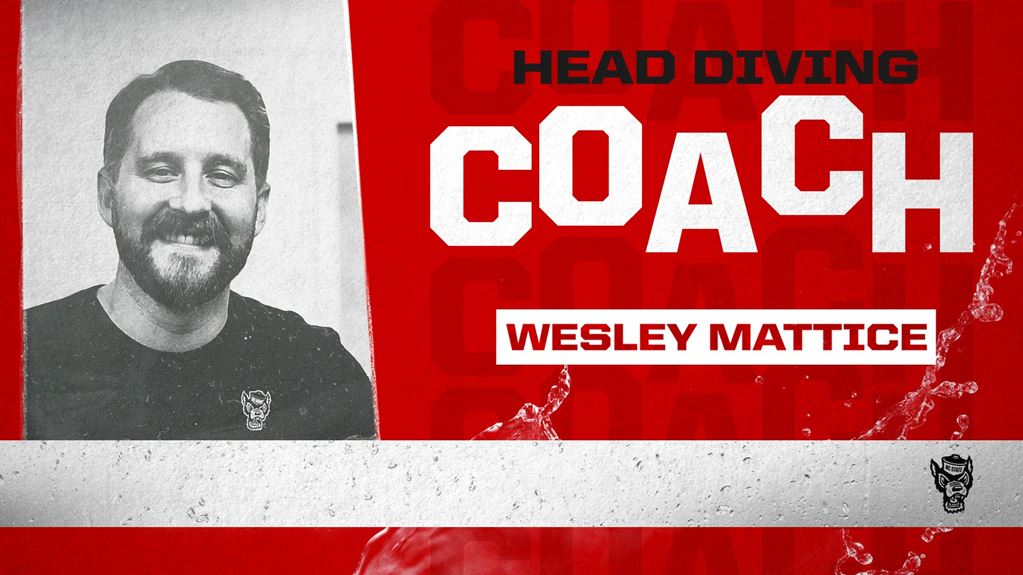 NC State has announced the hiring of Wesley Mattice as the school’s new head diving coach.

Mattice takes over for Yahya Radman, with whom the school “mutually agreed to part ways” in March at the conclusion of the NCAA Championships. Radman was the school’s head diving coach for 7 seasons.

Mattice spent the last 3 seasons as the head diving coach at George Washington University. The men’s team won Atlantic 10 conference titles in 2 of his 3 seasons with the program, while the women’s team won the 2020 title.

“We’re excited to welcome Wes, Ali (his wife), and Hunter (his son) to the Wolfpack family,” said head swimming & diving coach Braden Holloway. “During our search for a new leader on the boards, it was clear that Wes was the perfect fit for a new direction and vision for our diving program. Obtaining valuable time coaching in the club ranks as well as college, Wes conveys the same focus on values and standards that match our swimming program. His cornerstones of trust, communication and accountability will cultivate a healthy and competitive environment to help us achieve success.”

In the Atlantic 10, which only hosts springboard events at its conference championship meet, Mattice coached Peter Nachtwey to a Most Outstanding Diver award at the 2019 and 2020 A-10 Championships. He won the 3-meter event both years.

In his three years at GW, he coached the Colonial divers to two A-10 gold medals, two silvers, three bronzes and a total of 18 top-eight A-10 individual finishes.

Prior to GWU, he worked mostly with youth divers as a member of USA Diving’s Junior National Team staff, coaching the team based out of the Kennedy Shriver Aquatic Center in Rockville, Maryland. He was a member of the U.S. staff at the 2015 Pan American Junior Championships in Cuba.

During Radman’s NC State divers have had some success at the ACC level. In 2020, James Brady won the 3m at ACCs, Madeline Kline earned ACC gold in both 2018 and 2019, and both qualified for the NCAA Championships in 2020. After the cancellation of that meet, NC State hasn’t scored any diving points at NCAAs since 2015, when Rachel Mumma finished 12th in the 1m.

In 2021, though, the NC State female divers scored just 41 points. Only Boston College and Florida State, the latter of which didn’t enter divers at the meet, scored fewer points with 0 each. The men’s team scored 62 diving points, which ranked them 7th out of 12 teams.

This is great for the WPN! CONGRATULATIONS Wes and NC STATE.