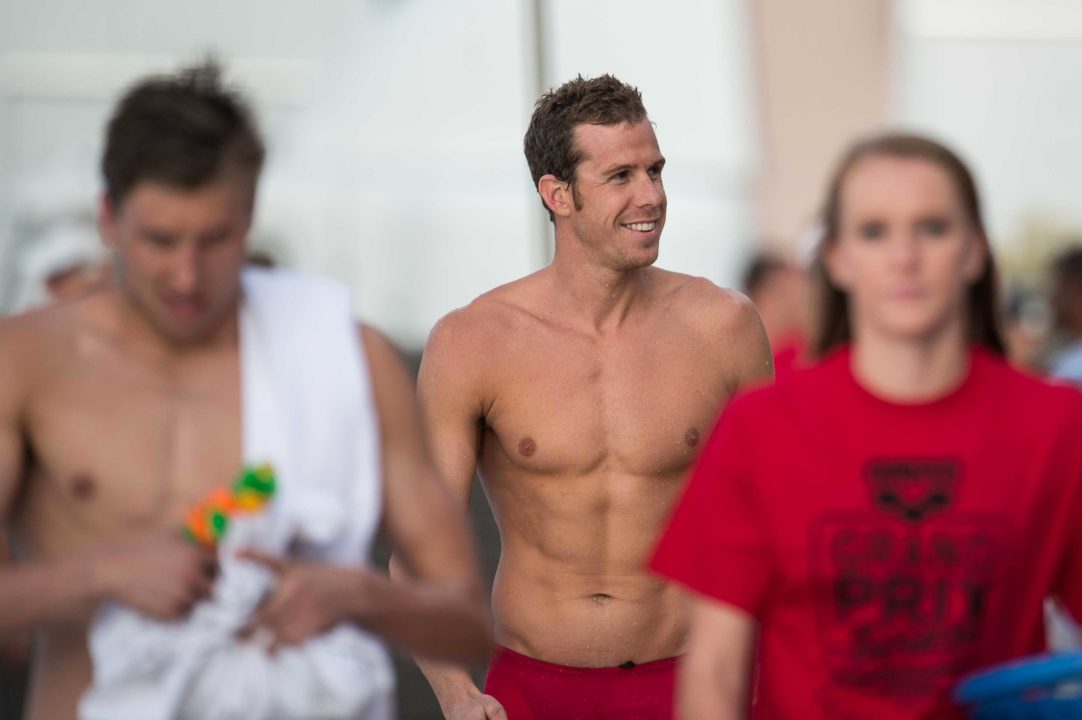 The 2015 ‘Four Corners’ Sectional Championships continued on Friday largely devoid of Texas teams despite being held in the heart... Archive photo via Mike Lewis/Ola Vista Photography

The 2015 ‘Four Corners’ Sectional Championships continued on Friday largely devoid of Texas teams despite being held in the heart of the Lone Star State in Austin, but the meet did include one win by a United States National Team swimmer.

Darian Townsend, who represented the United States at the Short Course World Championships in December, swam a 1:35.41 to win the men’s 200 free early in the session. He beat out Junior National Team swimmer Patrick Mulcare, who took 2nd in 1:36.54.

The women’s version of that race was led by a Tualatin Hills Swim Club 1-2 from Keaton Blovad (1:46.65) and Sara Metzsch (1:48.40), both of whom are just 16 years old. That’s a second event win for Blovad, adding to her 100 free from Thursday night, and is a lifetime best for her by two seconds.

The only other individual events of the night were the 400 IM’s, which on the men’s side was won by Arizona Gold’s Mark Jurek in 3:48.32 – a lifetime best for him by four-tenths of a second.

Jurek is a star of the Arizona high school scene, having won state titles and broken state records this past season in the 200 IM and 100 fly, but his true best events aren’t offered in high school competition (400 IM, 200 fly), so club meets are where he really gets the chance to shine.

The women’s 400 IM was won by Cassidy Stein in 4:18.51. Stein opened up a big lead early on (three-and-a-half seconds after the backstroke), but 15-year old Kelly Huffer from the Scottsdale Aquatic Club reeled her in on the breaststroke, and cut a little more away on the freestyle.

At the touch, though, Huffer just ran out of room to complete her comeback, and finished 2nd in 4:18.66.