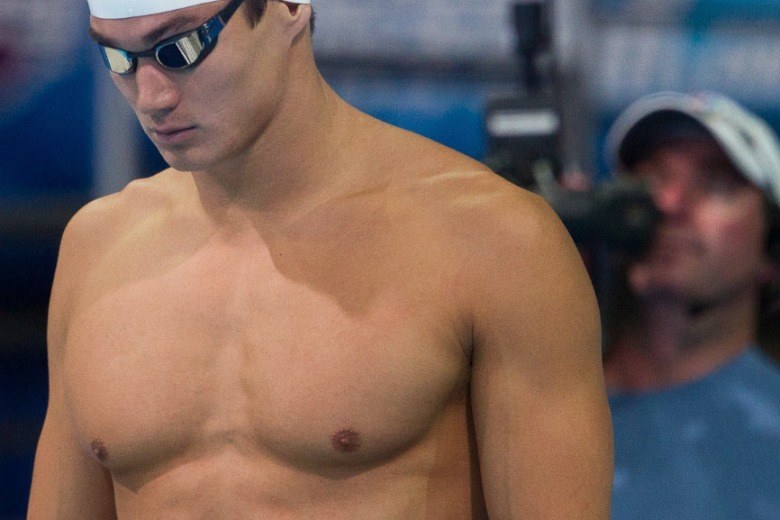 Nathan Adrian, 4-time Olympic medalist, is making the pro swim life work for him.  Since his stunning win over James...

Nathan Adrian, 4-time Olympic medalist, is making the pro swim life work for him.  Since his stunning win over James Magnussen (Swimming Australia) in the 100 freestyle at the 2012 London Olympic Games, Adrian has been in high demand for appearances and corporate partnerships. Repped by the same sports management company (Octagon) that reps Michael Phelps, Adrian’s travel schedule has been brutal. He’s on the road 3 out of 4 weekends. Fortunately for him, he has graduated from UC Berkeley and has the time to train, recover and fulfil his demanding schedule. Adrian’s not concerned about early 2013 swims, though he put down a 48.3 at the Austin Grand Prix in the 100 free breaking a 20+ year pool record held by Matt Biondi.

ADRIAN: “Right now is just rehearsal for World Championships later this summer, and whoever gets their hand on the wall first will be World Champion.”

Host Gold Medal Mel Stewart is a 3-time Olympic medalist from the 1992 Olympic Games in Barcelona, Spain. He is also the co-founder of SwimSwam. This video series is a Gold Medal Media production.

he has to be one of the biggest 100 free swimmers out there. excited to see what he can do in the 50.

Bwahaha I love that he called classes “extracurriculars.”