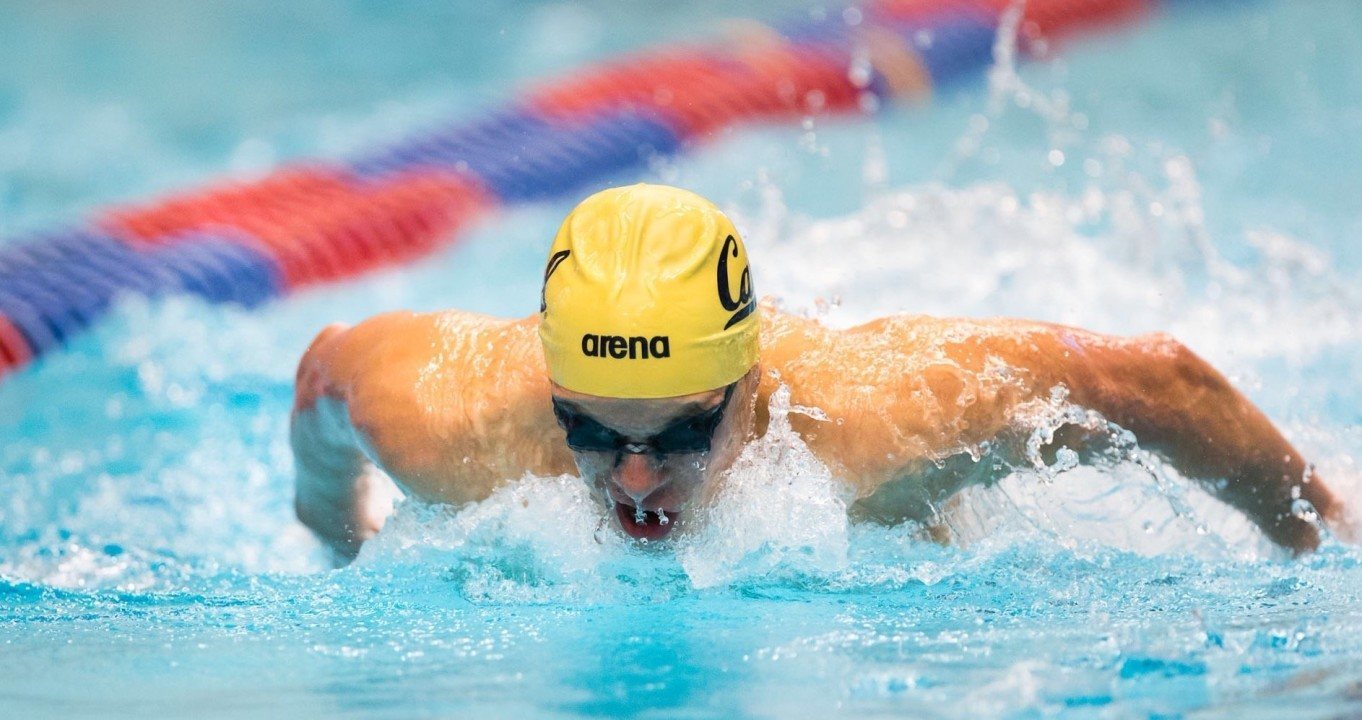 The Cal Bears hosted the Utah Utes today, easily handling their PAC-12 guests 174-120 in the women’s dual and 165-128 for the men. While the Utes were no match for the strength of the Bears’ roster, both teams managed to turn in times that will impact the early season rankings.

Full results with splits are here.

The Cal ladies were not the only impressive performances of the day.  Breaststroke was a bright spot for the Utah women, as Stina Colleou was able to edge Cal’s Kathleen Baker in the 100, 1:03.66 to 1:03.88 for the win.  Utah also took ownership of the 200 breast, as Colleou (2:15.45) finished second,  just behind teammate Genevieve Robertson. Robertson’s 2:14.49 is good enough for 4th so far in the NCAA rankings.  Ute diver Amanda Casillas also won the 1-meter in 302.70, over 20 points ahead of Cal’s Phoebe LaMay.

Tomorrow, Utah continues their road trip with a dual at Stanford, starting at 2pm PST.

Didnt schooling and conger post a pair of 45’s earlier in the season? that would make murphy the third fastest if so,

Anon – this has been asked at least twice every weekend this season. Texas doesn’t submit their results from the intrasquad meet as official. They haven’t for at least the last few years. Because they’re not submitted, this means that there’s guarantee of knowing if the times swum at that meet were properly officiated, correct suits, etc. Our rankings will only ever include times that have been submitted as official times to the NCAA. Everything else is more-or-less “pre-season.”

There were no officials at the Texas team meet. The times could not possible count.

This season? How about this question gets asked every season that Texas goes bonkers in intrasquad results with times other teams don’t see until February? Haha.

Pretty safe to assume crazy fast happens every afternoon in Austin. Doesn’t even shock me anymore to read about the insane times at practice or time trials the Texas boys throw down.

My conspiracy theory is he Texas guys were swimming in salt water at Jamail for the intrasquad meet and that is why they were able to put up those times.

This will be a solid theory until March when 2 guys on that team break 44 in the 100 fly. But this gives me 5 months to think of another conspiracy theory.

Yeah, I heard the course was 3 yards under regulation for the intersquad too…