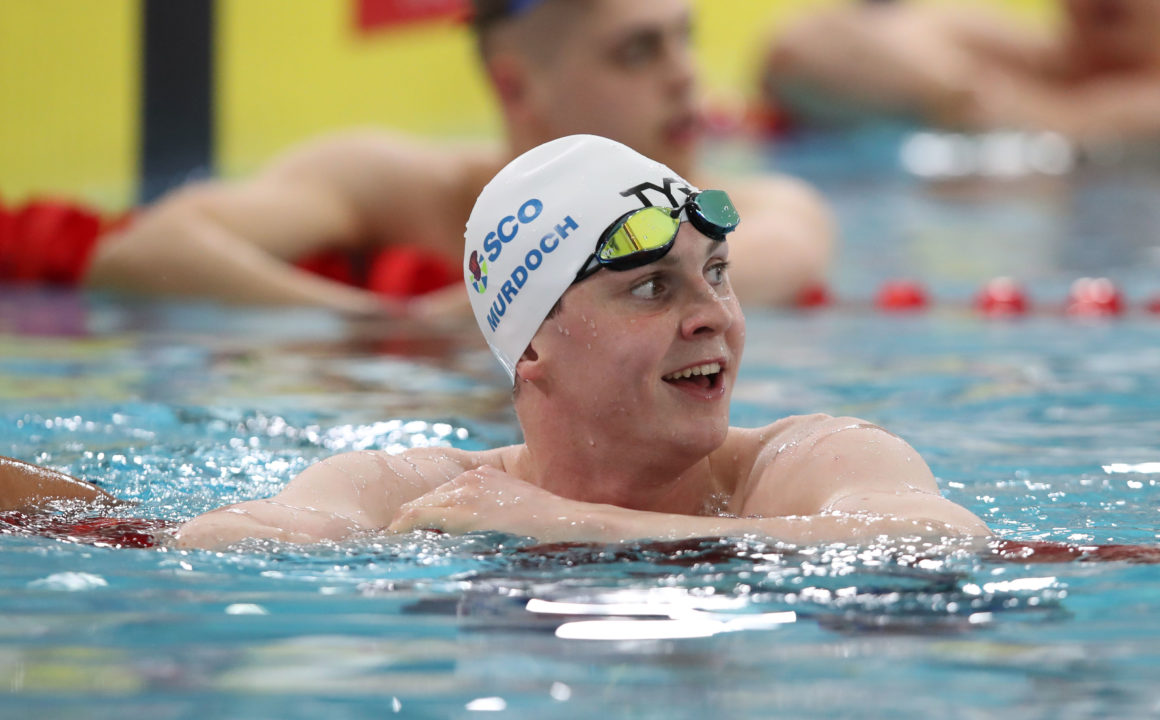 Commonwealth Games medalist Ross Murdoch is getting some racing in before Gwangju by competing at the 2019 Scottish Open Nationals in Aberdeeen. Archive photo via Ross Murdoch, photo: Ian MacNicol for Scottish Swimming

Aberdeen native Hannah Miley collected her 2nd IM win of these Scottish Nationals, doubling up on her 400m IM victory from night 1 with the 200m IM crown tonight. Hitting the wall in 2:15.16, Miley took the title as another feather in her cap on the way to recovering from ankle surgery undertaken late last year.

World Championships-bound Ross Murdoch of Stirling put up 2 strong 200m breast performances today, clocking a morning effort of 2:12.69 to take the top seed, then following with 2:12.22 to top the podium. Murdoch has already been as fast as 2:07.96 at the British Championships, a time which renders the Scot as 5th fastest in the world this season.

Post-race, the 25-year-old Murdoch stated, “This is my last chance to race before the World Championships and the focus around today was just about training and trying to get a training response from the day’s racing. It wasn’t about trying to pace the heats this morning it was about hitting it really hard and then seeing if I could get faster tonight. It was two max two hundreds today right from the gun and I’m feeling burst to be honest with you.

“I’ll use tomorrow as a bit of a recovery day so that next week when I start my taper and really push into this preparation phase, I can ramp up the intensity. I will really need to hit it from Monday.”

Looking ahead to Gwangju, the 2014 Commonwealth Games champion and 2018 Commonwealth Games runner-up stated, “Success to me at the worlds would be a personal best time that I’ve been looking for since 2014. That swim in Glasgow still defines my career and I think the result will always define me, not only from a media or spectator point of view, but just from my own personal point of view.

“For me there can’t be much to top that swim, but in terms of my time I’m not very happy to have peaked at 20 and I still feel I’ve got a lot more to give.”