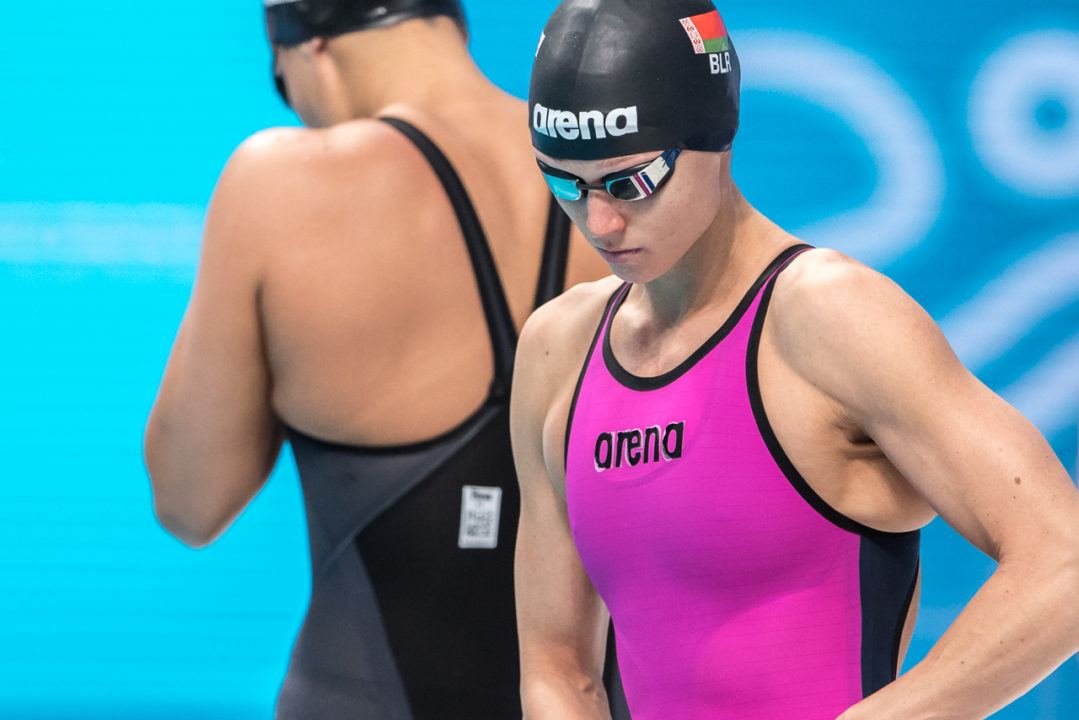 Multi-Olympic medalist Aliaksandra Herasimenia of Belarus has announced her retirement from competitive swimming at the age of 33. Archive photo via Peter Sukenik/www.petersukenik.com

Louisville and Virginia led all Division I women with 16 selections, while Texas led on the Division I men’s side with 17.

Multi-Olympic medalist Aliaksandra Herasimenia has announced her retirement from competitive swimming at the age of 33. The sprinter from Belarus revealed her intention at a press conference held at the National Olympic Committee of her nation today, August 7th.

“I wanted to qualify for the Olympic Games in Tokyo, but let me be frank – I am not ready to win a medal today. So I would like to announce that I am retiring from swimming. However, I will not abandon the sport. I have my own swimming club and I will do my best to share my experience with children,” Herasimenia said. (Belarus News)

Herasimenia specialized in the 50m and 100m freestyle events, winning 2 silver medals at the 2012 Olympic Games in London. She finished behind the Netherlands’ Ranomi Kromowidjojo in both races with her 100m free time of 53.38 remaining as the Belarusian National Record in the event.

On the World Championships scene, Herasimenia claimed the 100m free title in 2011.

In 2003, at the age of 17, Herasimenia was banned for two years for a positive test for norandosterone. Retired swimmer Fran Halsall of Great Britain finished 4th behind Herasimenia by just .02 in Rio and was very vocal about missing out on a medal to someone who had previously tested positive for a banned substance. You can read more about that here.

Herasimenia married fellow Belarusian swimmer Yauhen Tsurkin in 2017 and the couple welcomed a baby daughter, Sofia, in September 2018. Tsurkin is competing at the World Cup in Jinan, China this week.

She is also a former WR holder in the 50 back 🙂