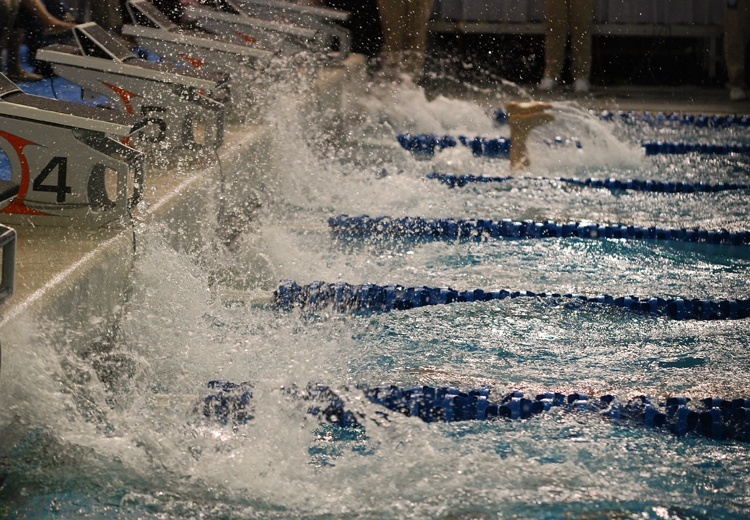 With just two distance races on the first night, Kishwaukee’s Caitlynn Moon and Rock Hill’s Brandon Sweezer picked up wins to open up their national championship meets, with Moon breaking a national YMCA record in the 1500 free.

Moon, who competes out of DeKalb County, Illinois, went 16:40.05 to take home the mile crown, absolutely obliterating the old national record in the process. The old mark, set by Middle Tyger’s Laura Simon, was 16:59.47.

On the boys’ side, Sweezer put together an amazing comeback – at the 500-mark, Sweezer trailed 8 different swimmers, taking into account splits from earlier heats. But he managed to run down the entire field over the final 1000.

Countryside’s Kevin George led early, jumping out in under a minute for the opening 100 and leading up until the 400 before giving way to Middle Tyger’s Heyward Brown. George and Brown battled back and forth for a few hundred meters until George retook the lead. Things stayed that way until Sweezer suddenly kicked it into gear around the 1000-mark, reeling in the top two. The Cornell commit passed Brown at the 1100, then George at the 1300, and cruised home for the win in 16:02.58.

Full results are available here. The meet continues through Friday night from Indianapolis.