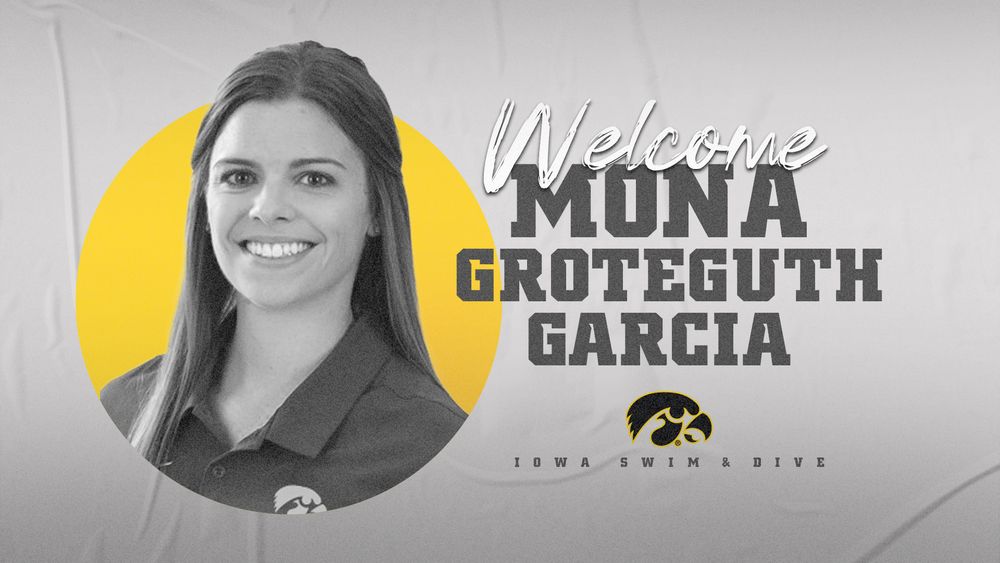 Groteguth-Garcia has been named an assistant with the University of Iowa women’s swimming & diving program, and will also serve as recruiting coordinator. Current photo via Iowa Athletics

IOWA CITY, Iowa – Mona Groteguth-Garcia has been named an assistant coach with the University of Iowa women’s swimming & diving program, it was announced Friday by head coach Nathan Mundt.  Groteguth-Garcia will also serve as the Hawkeyes’ recruiting coordinator.

“We are excited to have Mona join the Hawkeye swimming & diving program,” said Mundt. “Mona has coaching and recruiting experience at the Power 5 level and is focused on building positive relationships with student-athletes.  Her experience and approach will help us build a championship-caliber program here at the University of Iowa.”

Groteguth-Garcia joins the program after serving as an assistant coach for the past two seasons at TCU.  While with the Horned Frogs, she helped the men’s and women’s team to back-to-back third-place Big 12 Conference finishes – the best for the program since 2012-13.

“I want to thank Nate for the opportunity to be a part of his staff at the University of Iowa,” said Groteguth-Garcia. “Everything, from the outstanding facilities to the vision Nate has for the program, is a perfect fit for me.  I am excited to work alongside a staff that is committed to student-athletes’ success in the classroom and in the pool.  I look forward to being a part of the Hawkeye family.”

Prior to joining the TCU staff, Groteguth-Garcia coached at the University of Indianapolis from 2017-19.  The men’s team won two GLVC Conference Championships (2018, 2019) and posted two third place finishes at the NCAA DII Championships (2018,2019). The women also had a pair of team runner-up showings in the GLVC in 2018 and 2019.

Groteguth-Garcia also instructed a kinesiology undergraduate course at the University of Indianapolis.

After graduating, Groteguth-Garcia began her coaching career as a graduate assistant at Lewis University in Romeoville, Illinois.

Groteguth-Garcia graduated with a bachelor’s degree in psychology from North Texas in 2015 before completing her master’s degree in organizational leadership from Lewis University in 2017.