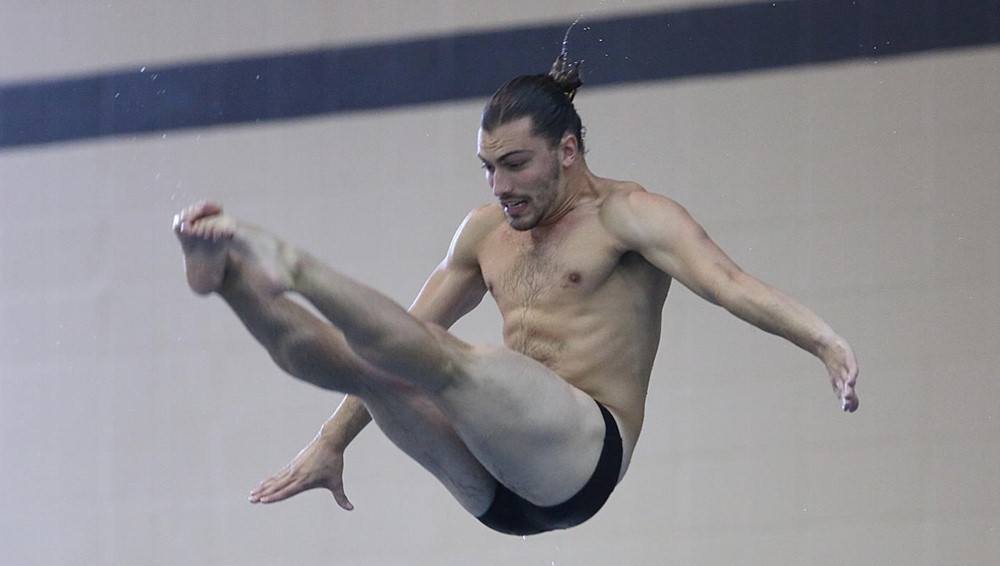 Mizzou diver Clark Thomas owns the top spot going into tonight’s 3-meter championship final after turning in a score of 447.05. The Tiger senior had somewhat of a soft first round, but after his Forward 4 1/2 Somersault Tuck registered an award of 85.50, he didn’t let up his lead. Thomas maintained his front-runner position through the rest of the session, using his 83.30 scoring Inward 3 1/2 Somersault Tuck to solidify his placement.

North Carolina Tar Heel Jack Nyquist occupies the second seed behind Thomas. He too wasn’t able to surpass the early leader, Texas A&M’s Tyler Henschel, until his Reverse 2 1/2 Somersault Pike with a 3.0 degree of difficulty launched him forward in the third round. Nyquist and Henschel shared a 2.20 margin on the next to last round, but the Tar Heel had an impressive last dive. A 81.60 score from his Forward 2 1/2 Somersault 2 Twist Pike cemented his 2nd place entry ahead of the Aggie for tonight’s final.

Divers should have to shave down.