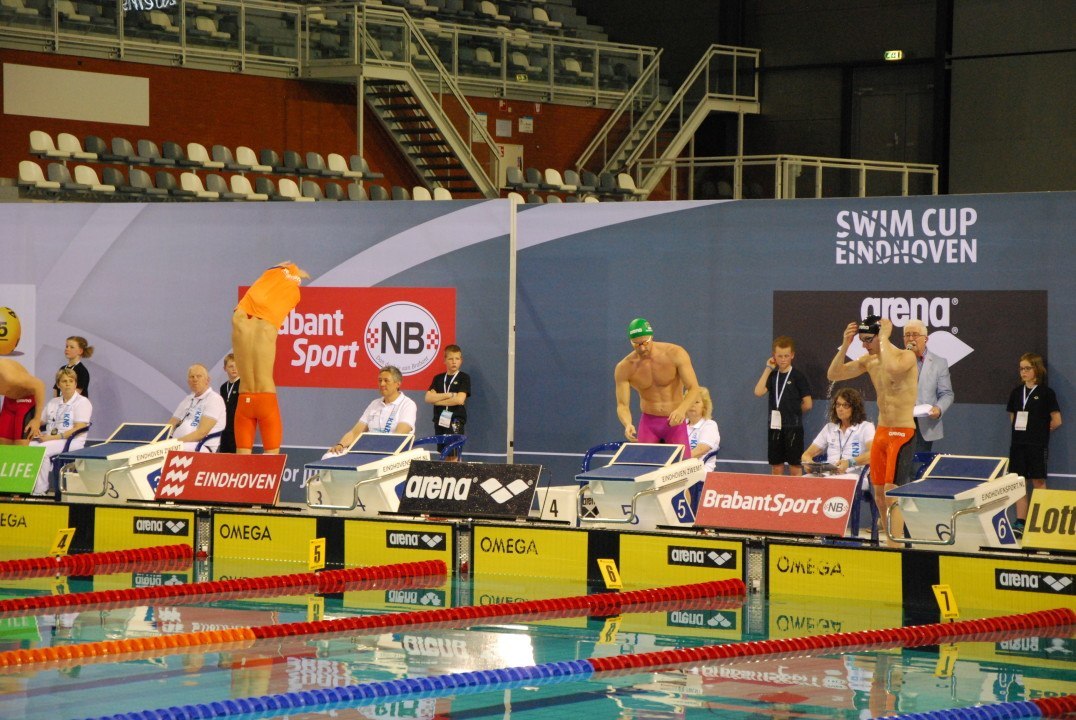 The Eindhoven Swim Cup will see some of the world’s best go head to head under the Rio competition schedule: The 12th edition of the SwimCup is an Olympic qualification event and also the competition schedule has been set follwing the Rio timetable for the swimmers this summer: Heats will start at 12.00 pm, B-finals at 7 pm and A-finals at 9 pm. In Rio, heats will start at 12.00 pm, finals at 10 pm. The Swim Cup Eindhoven offers with a great facility and atmosphere a possibility to compete under the unusual Olympic schedule.

Olympic champion Ranomi Kromowidjojo, Femke Heemskerk (Netherlands) and Dorothea Brandt (Germany)  face off in the 50 m freestyle. On the men`s side, George Bovell (Trinidad and Tobago), who trains in the USA with Club Wolverine at the moment, will compete against Pieter Timmers (Belgium), Geoffrey Cheah (Club Wolverine/Hong Kong) and also Germany’s Steffen Deibler.

Netherland’s Sebastian Verschuren and Serbia’s European Champion 2014 in the 200 m and 400 m Freestyle Velimir Stjepanovic will go head to head in the 200 m Freestyle. Stjepanovic is the current number one in the 2016 world ranking in the 200 m freestyle in 1:46,10. He prepares in Dubai for the Olympic Games.  Jenny Mensing, Germany, will be the favourite in the backstroke events. Mensing won the gold medal in the 100 m backstroke at the 2012 European Championships and was fifth at the 2015 World Championships in Kazan in the 200 m backstroke. On the men`s side, some of Germany’s fastest backstroke swimmers Christian Diener, Carl-Louis Schwarz and Felix Wolf will test their form under the Rio time-table. Their German teammates Christian vom Lehn and Hendrik Feldwehr also use the chance to make some race experience in the breaststroke events – about 4  weeks before the German Olympic trials in Berlin. The Dutch swimmers will have their national Championships and Olympic trials at the same time – May 5th until 8th.

More about the Swim Cup Eindhoven.

Pieter Timmers swims for Belgium, not the Netherlands 🙂

0
0
Reply
ERVINFORTHEWIN
Reply to  B