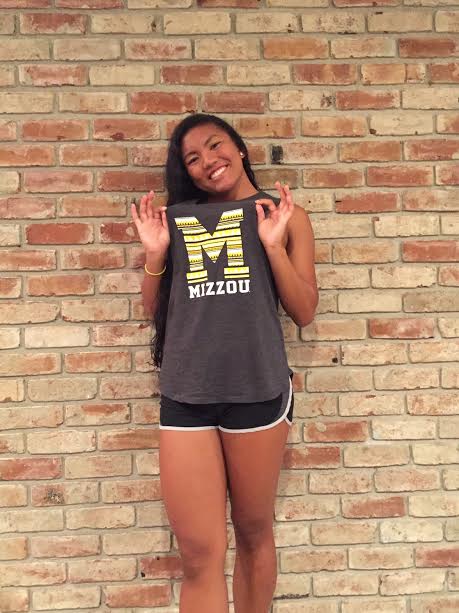 Sam Coloma (above) is a 53.7 100 backstroker and was a CIF Championship Finalist in the event last season.

A senior at Niles North High School in Illinois, Avdic is a distance freestyler/butterflier who recently had a breakout long course season. She finished 27th in the 400 IM and 21st in the 200 fly at the 2015 Junior National Champs. Avdic swims with NASA, a club team that trains at Northwestern University in Evanston, IL.

All of Avdic’s bests in the big pool came from the 2015 Minnesota Speedo Sectional meet (save for the 200 free, which was done a few weeks earlier, suggesting she may have more to drop in that event), and her 200m fly is an Olympic Trials qualifying time.

That LCM 200 fly converts to a 1:57.67– over three seconds better than her 200 short course fly. Her SCY times came largely from the NCSA Spring Champs in March, and she’s gotten better in all of her best events each year she’s been in high school. Avdic finished 4th in the state at the 2014-15 IHSA Championships in both of her individual events, the 100 fly and the 500 free.

Avdic’s best event at SECs would be her 200 fly, where she’s around one second off of what it took to make last year’s C final. Her converted LCM time of 1:57.67, though, would’ve launched her right into the middle of the B final. She could also work her way into scoring position in the 400 IM or 500 free with improvement at Mizzou. Avdic may find a training partner in sophomore Sharli Brady, who A-finaled in the 400 IM and made the B final in the 200 fly at SECs last season as a freshman.

A California native, Coloma is a backstroker who trains with Terrapins Swim Team. She recently touched 4th in the CIF Championships in the 100 backstroke, and also led off Carondelet’s medley relay, which placed 10th in the state.

That 100 back time, interestingly enough, is one hundredth quicker than Mizzou’s top backstroker, Hannah Stevens, was before her freshman year as a Tiger. Stevens dropped down to a 52 low in the 100y back and whipped up a 1:00.04 in long course to vault herself onto the 2015-16 US National Team, all in a year’s time. It would be slightly ridiculous to project a similar trajectory for Coloma in her freshman year, but she has the makings to join Stevens as an elite backstroker in the near future at Missouri.

Coloma would’ve been on the B/C final bubble in the 100 back at the SEC Champs last year, and would’ve just missed out on the 200 back C final. Stevens was the sole scorer for Mizzou in either backstroke event at SECs last season, placing 5th in the 100 and 12th in the 200. She’s still got two more years with the Tigers after this season, and the addition of WKU transfer and 53.1/1:53.9 backstroker Nadine Laemmler (who has another year of eligibility after this season) makes for a solid back core this year. Coloma will only make it stronger when she gets to Columbia next fall.

I chose to swim at Mizzou because it has a great balance between athletics and academics. When I was on my trip, I felt a great connection with the team and had a awesome time with them! They are also a team/program on the rise and I would love to be a part of it! Go Tigers!!!!

Congrats Azra! We are super happy for you!!

Sam’s :53 in the 100 back is quite impressive, particularly for high school age. That’s approaching Claire Adams territory! Maybe we’ll see a possible :52 her HS senior year and a drop down to 1:55 in that 200. Splitting could use some work. Congrats on the commit though!