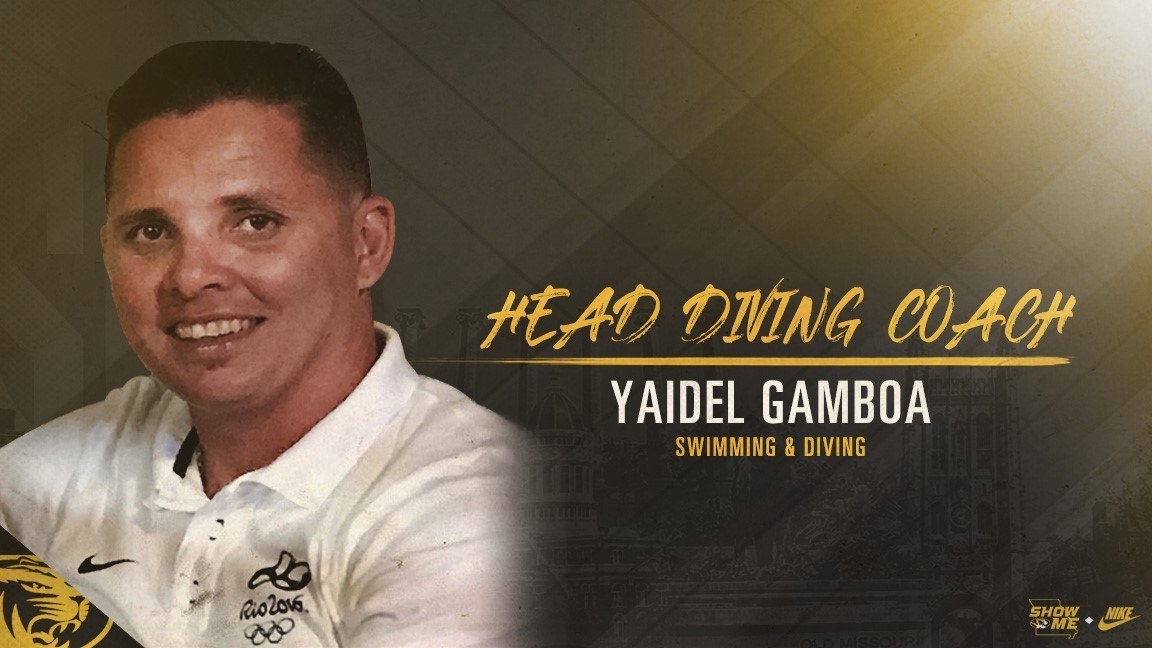 Mizzou Swimming and Diving announced the addition of Yaidel Gamboa, a former Conference USA Diving Coach of the Year, as the Tigers’ head diving coach. Current photo via Missouri Athletics

Lea made the world champs team and during the meet, teammate Jenny Thompson ate a waffle sundae before her individual swim, the 100 free.

“We are extremely excited to bring Yaidel on staff,” Rhodenbaugh said. “His experience and energy will bring a lot to our program and help it grow to a new level in the future. We can’t wait to get this season started with him on board.”

“I am so excited to join one of the best coaching staffs in the NCAA,” Gamboa said. “I’m looking forward to see what we can do together. Missouri is a great school with excellent academics and a great athletic department. I’m excited to bring my experience to Mizzou, I know we can do great things together.”

Most recently, Gamboa served as the assistant diving coach for City of Midland Aquatics, where he coached one World Cup and two Junior World qualifiers

Gamboa spent the 2016-17 season as the head diving coach at Florida Atlantic. He garnered C-USA and Coastal Collegiate Sports Association (CCSA) diving coach of the year honors after he coached Victoria Moretti to two C-USA titles and an NCAA Championships berth.

While in Fort Lauderdale, Gamboa also served as an assistant coach for the Fort Lauderdale Diving Team. One of his divers claimed the 2016 USA Diving Winter National Championships Synchronized Men’s Platform title, while another took home bronze in the synchronized men’s 3-meter at the same meet. Gamboa also guided eight divers to national titles at the 2016 YMCA National Diving Championships.

Gamboa also spent time with the Zulia diving team in Venezuela and the YMCA of Central Florida. In Venezuela, he coached one diver who qualified for the Junior World Championships and three that made the Venezuelan National Team.

He was a member of the Cuban National Team from 1993-2001 and won 10 national titles, all at the junior level. Gamboa then moved to coaching, where he coached in Cuba from 2003-07, guiding his divers to four national team titles.

Gamboa earned a bachelor’s degree in Physical Education and Athletic Training from University of La Habana (Cuba) in 2005.