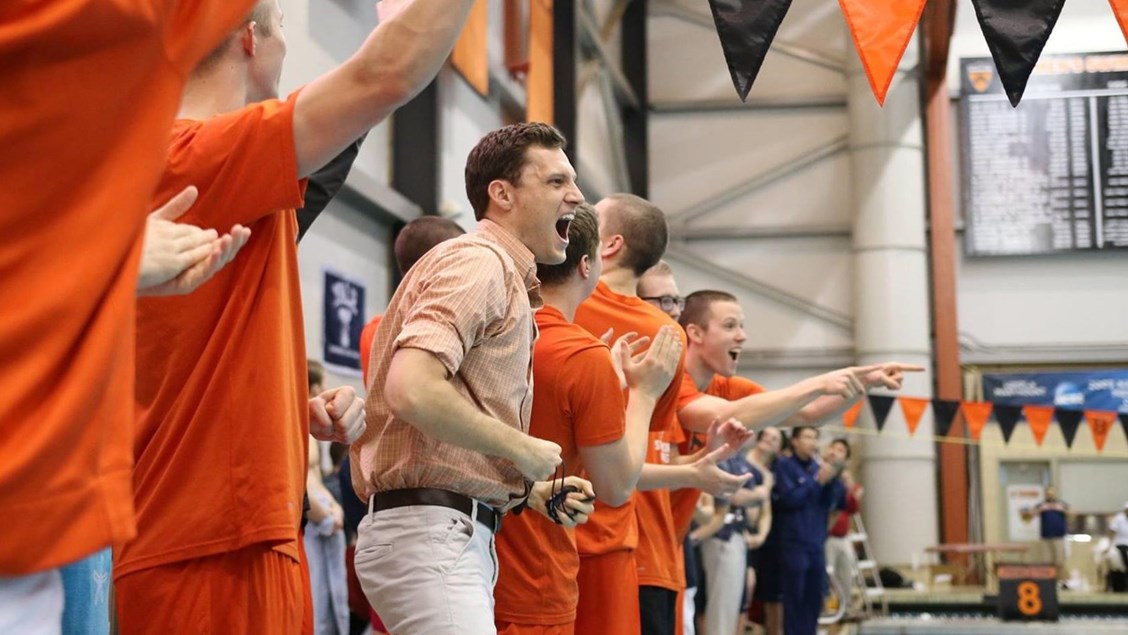 “I am very excited to bring Mitch into our program at Texas,” said Capitani. “I’ve been impressed with Mitch through this entire process. He understands what it takes to compete at the highest level, in swimming, and in the academic arena. Mitch is passionate about cultivating relationships and culture and has a great reputation among his peers and athletes in the swimming community. I look forward to what we can do to build upon our storied history and success at Texas.”

Dalton is coming off of a five-year stint with USA Swimming, where his primary role as National Junior Team Director was to identify, support and cultivate the country’s next generation of Olympians. This experience could prove invaluable to Texas’ recruiting over the next few years.

Prior to working with the National Governing Body, Dalton spent five seasons at Princeton University as an assistant coach for the men’s team while also serving as the recruiting coordinator. During his time with the Tigers, the Sydney, Australia native helped lead the team to four Ivy League titles and three NCAA appearances.

Prior to Princeton, Dalton spent two years as an assistant for both the men’s and women’s programs at George Washington, also handling all recruiting responsibilities there.

“I have long considered Texas the pinnacle of college swimming,” Dalton said. “Legends have walked on the pool deck at the Lee & Joe Jamail Texas Swim Center. It is extremely humbling to be given an opportunity to continue to grow the legacy of this amazing community.

“Since very early in this process, I would leave every phone call energized by [Carol’s] competitiveness to get better, win, and do it the right way. She is intelligent and full of humility, humor, and heart – what more can you ask for in a boss and teammate. I cannot wait to share the deck with her, learn from her, and help take Texas into the next decade.”

A four-year letter winner at James Madison, Dalton also has experience being on Estonia’s coaching staff at the 2011 World University Games.

Congrats to Mitch, excited to see what the future holds.

I wonder who could possibly be down voting? Curious indeed.

Some people downvote, because it’s the internet, and it’s full of haters.

Nothing is a slam dunk! Maybe that is why it might have been down voted.

Mitch is awesome. Incredibly friendly and passionate. Always enjoyed conversations with him while he was at Princeton.

Congrats to Mitch! Nobody looks better in an orange polo.