Jason Memont Out as Head Coach at UNCW after 6 Seasons 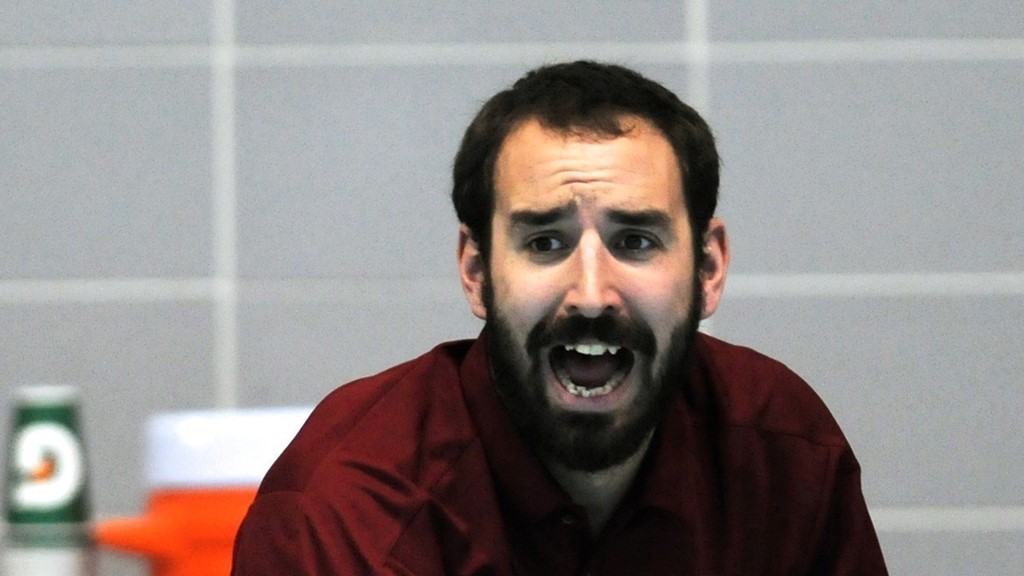 A spokesperson for the school says that the program has begun a national search for a replacement, massaging concerns over the program's future. Archive photo via South Carolina Athletics

“We have made a change in the leadership and direction of our program,” a spokesperson told SwimSwam on Wednesday. The school says that a national search for a new head coach will begin immediately.

Memont was the head coach of the program for 6 seasons after spending 7 years as an assistant coach at South Carolina.

In 2019, the UNCW men finished 2nd out of 5 teams at the CAA Championships while the women placed 6 out of 7 teams. In total, the teams combined to win 6 CAA titles last season, with 3 of those coming from divers. All but one of those title-winners, senior Will Countie who won the men’s 100 backstroke, will return next season. Both of the divers who won conference titles were freshmen, including CAA Diver of the Year Kolbein Bjugan.

Hallonen is a graduate of UNCW and joined the program as a coach in the fall of 2016, serving a total of 4 seasons as head coach. He is credited as having worked closely with the conference champions D’Alessandro and Countie. Hallonen, a native of Finland, broke UNCW school records in both the 100 and 200 backstroke as a swimmer. He was a part of four-straight conference championship teams at UNCW.

In 2013, shortly before Memont took over as head coach, the school considered dropping its swimming & diving programs. Ultimately, the school decided to not cut any sports, and in the interim the program has done significant work, especially with the help of former head coach Dave Allen, to grow an endowment for the program.

The fact that the school has begun a search for a replacement head coach assuages concerns over the future of the program during a time where collegiate sports programs are in danger due to the budget constraints of the global coronavirus pandemic.

did they give the team any warning/indication that this was happening? crazy!

Are you asking if they warned the team that their coach was going to be fired?

That would be a very unusual HR tactic.

braden coming in with the serious sass today

It’s weird that you all view this as being sassy or snarky.

that’s because it is my guy

your comment was absolutely sassy and snarky, come on man

No, they had a two hour warning for an emergency zoom call. No one saw it coming, no one agrees. Not to mention Jimmy Bass said when asked about how much say the athletes are going to have in the new hire, “DO you want the honest answer? None whatsoever”. Many other coaches in the swim world new before the actual team, not to mention the entire team doesn’t even know yet. At least when other schools decide that a coaching change is needed they run it by the team first. After all, they are the people who have to interact with these new people on a day to day basis.

For what its worth, the last time there was a coaching search we were kept in the dark until the beginning of August when they made a decision. The athletic department doesn’t have an obligation to take athletes opinion into account but don’t be surprised if you are sitting around in late July wondering who is going to coach you next year.

Unfortunately the athletic department is under no obligation to take into account athlete opinion. For what its worth, the last time there was a coaching search we didn’t know who the coach was gonna be until very near the beginning of August and we were kept in the dark the entire time. So don’t be surprised if you are sitting around in late July wondering who your coach is going to be next year.

I’ll throw my 2 cents in. When I let someone go at my job we don’t consult with any of their customers or people who work for them. And if course the employer is never going to share their reasons for firing due to confidentiality rules.

I have never understood how you can fire someone without giving some type of reason. I don’t care if it’s we don’t like your shirts. Leaving people feeling like they have failed or done something wrong and not knowing the reason is cruel. And to give someone the option of fired or resigning and no reason….. explain that to me. If it’s the employee who did something wrong how is that confidential they are the PERSON affected. Be honest and tell them you supposedly did or did not do something or are just the victim for making me feel powerful . People have feelings Mr Bass and I say Mr out of respect not that I think you are much… Read more »

This is the world we’ve all created.

But is this fair? How do employees learn from their mistakes, or so called mistakes. Also, not giving a reason can also lead to a lawsuit. When the employee files for unemployment the compamy has to give a reason, so why not tell them. Strange how the world thinks….

People can file a lawsuit for anything they want, you’re absolutely correct.

It’s not fair that employers have to risk a lawsuit every time they terminate an employee either, but again, this is the world we’ve all created. I’m not saying I like this world, but every action has an equal-but-opposite reaction.

No and they were told in the middle of finals week!

Yes it is. Memont didn’t do a great coaching job, Halonen, Bunn and the female coach, sorry forgot her name, worked the teams and made the changes. Halonen has been at UNCW since he started college, he will be a great assest to any swim team. Such a loss for UNCW, Halonen’s records will stand along with his work with the team. AD needs to go! He doesn’t like swimming, and will go to all lengths to make sure it fails. He’s the one that needed to be fired.

HER NAME IS KEARY. SAY IT LOUDER FOR THE PEOPLE IN THE BACK