Missy Franklin To Dive with Wild Dolphins in Bahamas Film 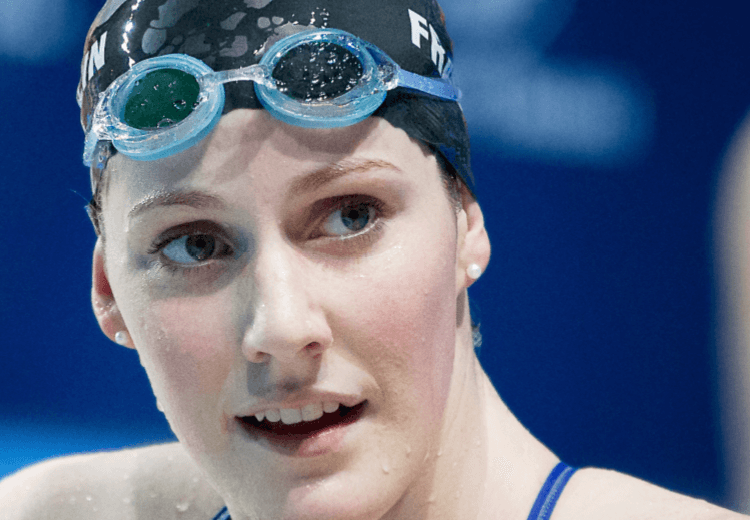 Missy Franklin, 4-time Olympic gold medalist from the 2012 London Olympic Games, will travel to the Bahamas March, 2013, to star in the film, The Current. (Please note, only her expenses will be covered. Franklin’s involvement is charitable.)

The Current will be helmed by directors Peter Speek and Kurt Miller. Miller’s the son of Warren Miller, one of action sports’ most lauded directors of cinematography. The footage is going to be beautiful!

The film will bring awareness to the Make A Hero campaign, a charity that helps individuals with disabilities enjoy the freedom of sports and recreation.

Crowdfunding, via Kickstarter, is the path they’re using to make this project happen (like Anthony Ervin’s campaign for support at the 2012 FINA World Cup Series via Indiegogo).

Franklin will appear in the film diving with wild dolphins as well as serve as an ambassador for the Make A Hero campaign. Franklin’s no stranger to scuba diving. On a 2011 trip with her family to Hawaii she fell in love with it.

“Swimming with wild dolphins has always been a dream of mine,” said Franklin.

“Sharing this experience at the Bimini Big Game Club with Mallory and Anthony will be a lifetime experience.”

In in the film, Franklin will share the screen with Mallory Weggemann, Paralympic gold medalist, and Anthony Robles, the famous NCAA wrestling champion who was born with one leg.

The Current is a follow up to the film, The Movement. See the trailer here:

Anyone know what happened to Touch The Wall?

Grant and Christo, the filmmakers, finished all of the filming about a month ago and are editing now. They’re great guys who grew to love the sport. I’m certain that will be reflected in the film… I can’t wait to see it!

We’re busy with the edit of Touch the Wall, and we hope to have the film out in the Summer. We’ve got hundreds of hours of great moments that we’re sifting through of Missy and Kara and Todd, and we’ve got a great film in the making. We hope it’ll be as good as the year that was, and we hope you’ll follow us in our journey.

Thanks for your interest –

Excellent – thank you for the information! I saw the trailer a while ago and it looked pretty wonderful..

Hi Ashley, Thanks for asking!

We are working hard and editing and planning on a limited release in the Summer and a wide release in the fall. We will start posting updates and some behind-the-scenes exclusives on Swim Swam and our website soon.

That’s so great to hear; I’m so incredibly excited for this! The trailer I’ve seen looks great and I cannot wait to see the rest of it!