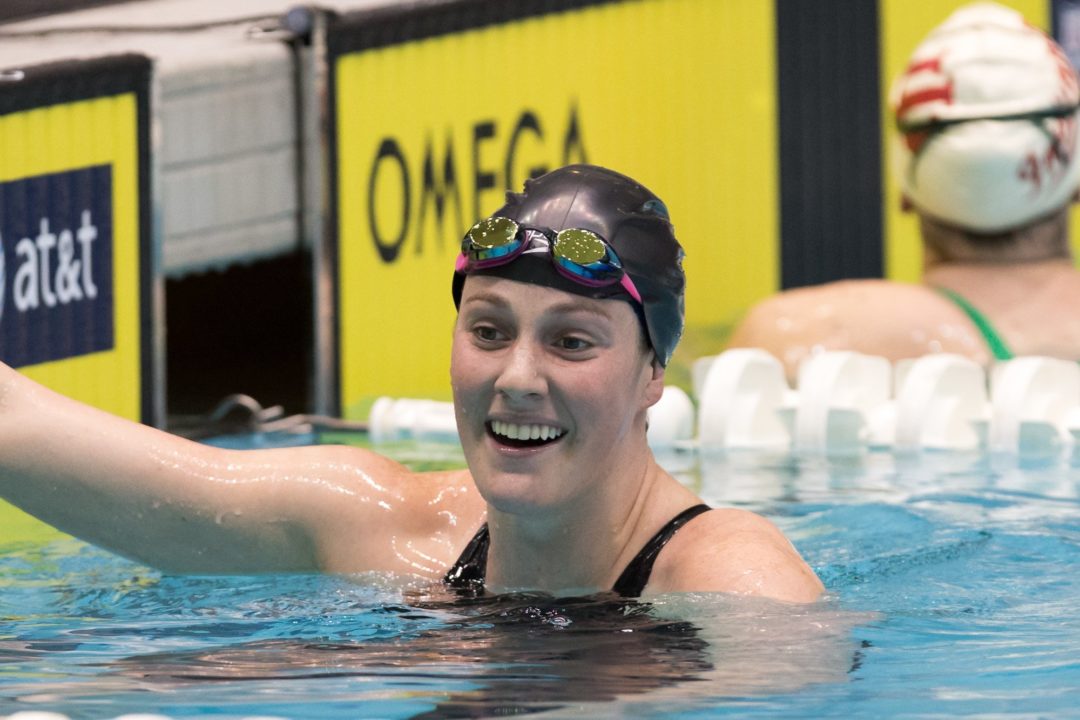 Missy Franklin has finished in the top 3 of the AP Female Athlete of the Year voting for the second-straight year. Archive photo via Tim Binning/TheSwimPictures.com

Tennis player Serena Williams has been named the 2013 AP Female Athlete of the Year for the 3rd time in her career, this week, receiving 55 out of 96 votes cast for one of the more prestigious inter-sport awards in the United States. WNBA player Brittney Griner was 2nd with 14 votes, and swimmers Missy Franklin placed 3rd with 10 votes.

Williams compiled 11 tournament titles, going 78-4 overall on the year, winning two Grand Slam championships (French Open and U.S. Open), and earned over $12 million in prize money. After having won the award in 2002 and 2009, only two other women have won the AP Female Athlete of the Year title more than Williams: Babe Dirdikson with 6, and Chris Evert with 4.

Lebron James won the men’s award, with no swimmers receiving a vote. Diana Nyad, Cuba-to-Florida marathon swimmer, also received a single vote in the women’s balloting.. The award has been won by female swimmers 7 times and male swimmers 4 times in its 84-year history, including most recently Michael Phelps in 2008 and 2012.

The award is not exclusively for Americans, but it has only rarely ventured outside of American athletes: usually in sports like women’s tennis or golf, where athletes tend to transcend their nationalities.

Slowly and slowly, the American women are making a name for themselves in the mainstream press. Good on them.

Franklin has the perfect combination of media-friendly personality (and face) and great accomplishments. This kind of female swimmer does not come every decade.

Not surprising about Serena.

Though Griner and Franklin finishing 2nd and 3rd seems very 2012ish. Obviously Franklin merits recognition for her continued excellence since London but there was the onslaught of Ledecky this year. Just goes to show the that the Olympics shine a very bright spotlight. But even moreso because of Griner who wasn’t even the best rookie player in the WNBA this season (that was Elena Delle Donne … and it wasn’t even close).