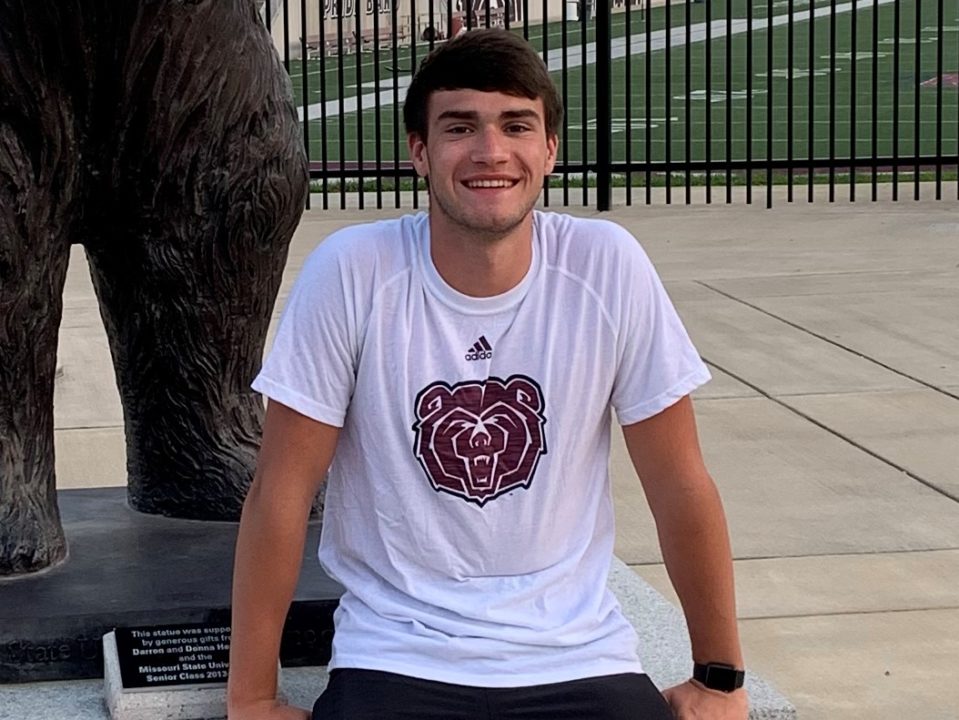 AJ Huskey, one of the top Missouri recruits out of the high school class of 2020, has verbally committed to the MSU Bears. Current photo via AJ Huskey

AJ Huskey has announced his verbal commitment to Missouri State University’s class of 2024, joining James Doromal who committed earlier this month. Huskey will make the 3-hour drive from his home in Columbia, Missouri to Springfield in the fall of 2020.

“I chose Missouri State because as soon as I stepped on campus I felt like I was a part of the family. I couldn’t see myself going anywhere else. Bear up!”

A great kid going to a great school. Congrats!

Not only is he a great swimmer from a super awesome swim club he and his Dad are just the kind of people who make the swimming world such a great sport. This is win win for a very respected College program/coach and this young swimmer. Congrats!!!