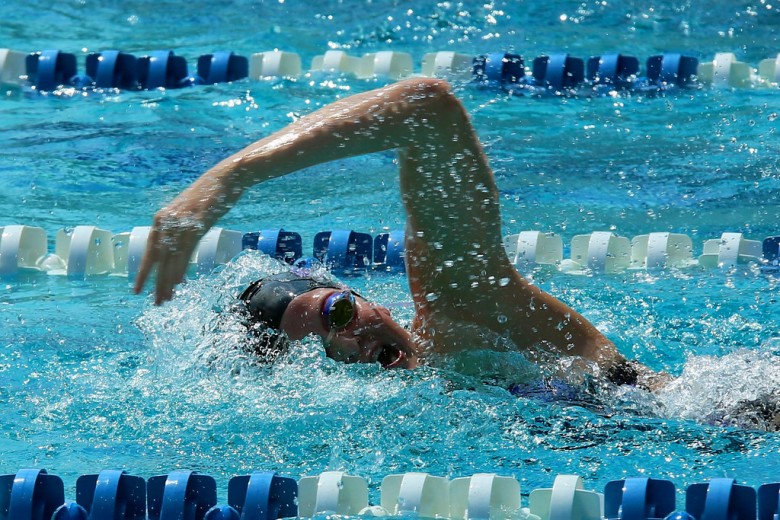 Glendale High School in Springfield, Missouri repeated as the girl’s team state champion this past weekend, squeaking out the win by only eight points over Marquette.  With only eight swimmers making it back in individual events along with their three relays, Glendale was still able to claim the title.

The night kicked off with the 200 medley relay, where the team from Park Hill South grabbed the victory.  Tori Beeler, Anna Riekhof, Helen Yeater, and Olivia McLain were the only squad under the 1:49 mark, touching in at 1:48.51.

The first individual champion on the night was sophomore Kelley Tackett from Rock Bridge. Being able to sneak under 1:50, Tackett got to the wall in a time of 1:49.93.  Team champion, Glendale, was able to get a second place finish from Marcie Beairsto, touching in at 1:52.38.

Park Hill South reaped in another state title from Tori Beeler in the 200 IM.  Beeler won by over a second, beating out Haley Hynes in a time of 2:04.12.

The fast and furious fifty free was up next and if you blinked at the end, you definitely missed the most exciting finish of the meet.  Samm Crocker, a senior out of Parkway South, was able to just touch out Nikki Sisson of Glendale, winning in a time of 23.55.  Sisson must have trimmed her finger nails the night before, losing by only .01.

Diving finals of the 1 meter board allowed for a short break from the swimming action.  Kat Friese of MCDS, was in the lead after prelims and semis and was able to secure the win in finals with a score of 413.90.

The meet returned with the start of the 100 butterfly.  Carolyn Kammyer of Parkway West, crushed the field by a second and half, winning the event in a time of 55.02.

Glendale would rack up some much needed points in the next event.  The 100 free featured two upperclasswomen, Nikki Sisson and Madeline Nelson.  Sisson bounced back from the .01 loss in the 50 by winning the 100 in a time of 51.47.  Nelson came in third, touching at 52.57.

Tackett was up next in the 500 free and became the first double event winner on the day.  She was the only swimmer under the five minute barrier, swimming in a time of 4:58.95.

St. Joseph’s Academy got their first state title of the day, winning the 200 free relay in a time of 1:37.52.  The team of Charlotte Cordova, Grayson Ram, Anna Miller, and Grace Stiegemeyer were able hold off the team from Kirkwood and secure the victory.

Hynes got her first individual state title of the day after falling to second place in the IM.  Hynes won the race by over two seconds in a time of 54.37 and just missed the state record by .32 seconds.

The final individual event of the day saw a senior win for the last time.  Corinne Rinne of Blue Springs got to the wall first in a time of 1:05.73 to finish her high school career with a victory.

Glendale finished the meet with a win in the 400 freestyle relay, which ultimately won the meet for them.  The quartet of Macie Beairsto, Kaylee Sisson, Madeline Nelson, and Nikki Sisson finished four seconds ahead of Marquette, touching in at 3:30.45.