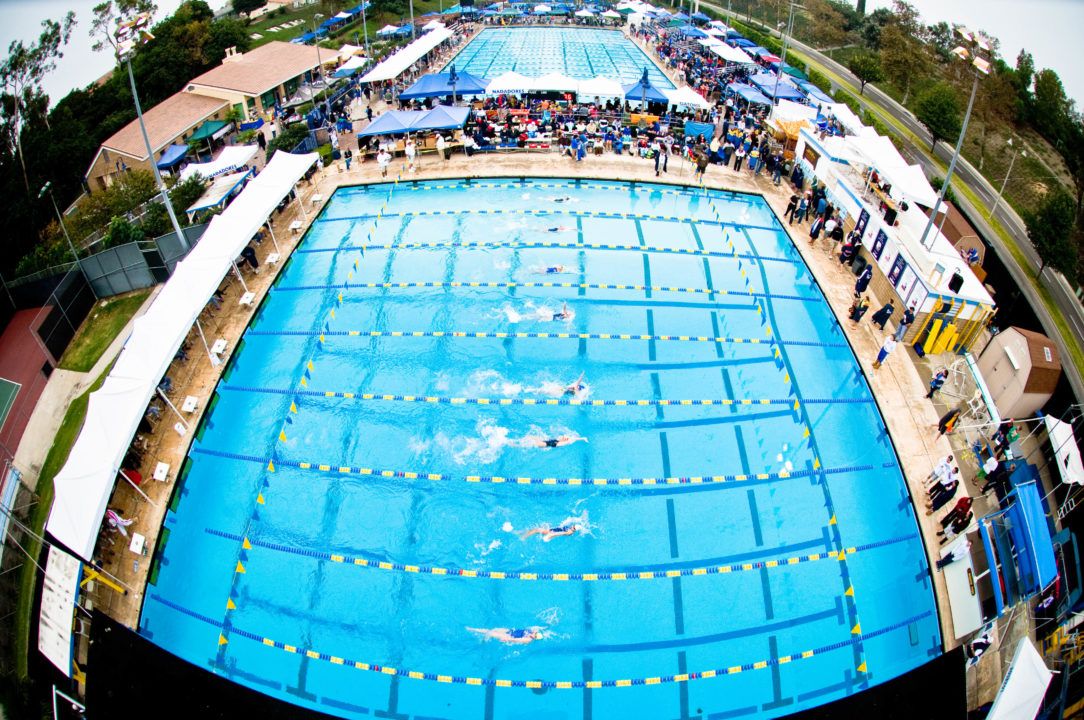 The Mission Viejo Nadadores have returned to the Marguerite Aquatic Center after it was officially reopened on April 7th. The pool marks the return of the historic team to its home after a $11 million renovation that had the team spending about 18 months training at 11 different high school and municipal facilities in-and-around Mission Viejo.

The 44-year old Marguerite Aquatics Center was redesigned with intentions of hosting more national and international competitions. That includes a new dive tower with a full-complement of diving platforms that makes it the only facility on the west coast capable of hosting synchronized diving competitions.

Photos from the event were posted on Twitter by Kevin Sullivan.

The club was formed in 1968, making this year its 50th anniversary. By 1974, the Nadadores women won their first National Title. Since then, the club has won 47 team national championships, 12 Olympic gold medals, 7 Olympic silver medals, 1 Olympic bronze medal, 5 world championships, and 148 event national championships. The team’s athletes have 91 American Record and 22 World Record performances to their names.

If I’m voting for the most iconic pool in Southern California, it’s the no longer standing Belmont Plaza pool. Hopefully it gets rebuilt to its former glory.

Cool. Everyone that swam in CA in the 70’s and 80’s remembers their first time swimming at Mission Viejo (Marguerite). It was a bit of an affirmation, and more than a bit intimidating as an age-group swimmer. Cause man – they had a legion of talented and fast swimmers with names you knew from reading Swimming World magazine.

Joel- No offense and love Mission, but Lakeside Swim Club would be one or the most iconic facilities, team founded in 1928, Ohio Valley Championship Meet held every year there since, marking this as the 90th. Congrats to Mission and is a wonderful place , but Lakeside is a step above 🙂

Lakeside is great…but I’ve got a special place in the heart for Mission Viejo, which was Mecca in the 1970s for this sport.

Now they just have to update some other things to develop Mission swimmers that live near Mission.

The most iconic venue in the sport, no doubt. (Honorable mention to Yale’s cathedral pool)

I swam at a meet on a c relay team doing breaststroke in 1973 when the LA invitational moved there from the Old LA pool. It was cool with the modern touch pads instead of having to go by time watches.

It opened in mid 1972 if I have the season correct, and the meet you swam in was the first major event the Natadores hosted. I believe that meet 1973 featured DeMont vs. Shaw in the distance frees. Few can appreciate now what a big deal it was to swim in a pool with wash through gutters in the 1970s.