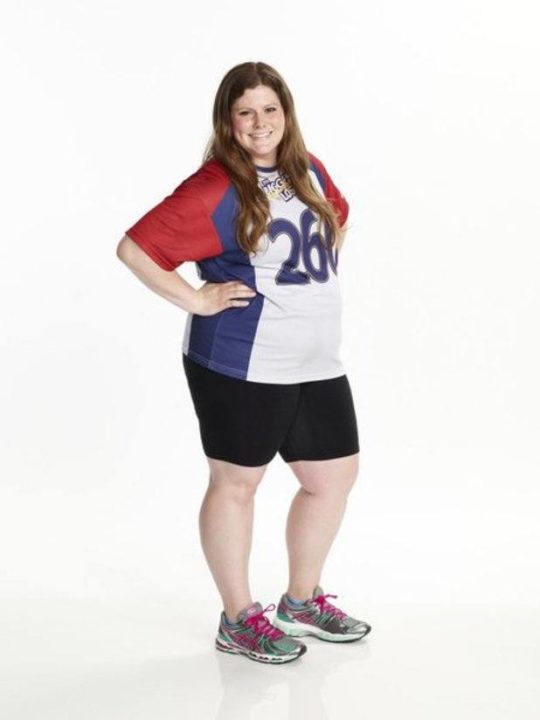 A promotional photo of Frederickson at the beginning of NBC's The Biggest Loser. Archive photo via NBC

A former Minnesota High School swimming State Champion and state record holder, Rachel Frederickson has advanced to the finale of the NBC show “The Biggest Loser.”

On Tuesday’s episode, Frederickson won a triathlon competition to become the first of three finalists to advance. She had a bit of an advantage in the triathlon, given her history as an elite competitive swimmer, but in the course of the show she has dropped from 260 to 150 pounds.

Frederickson discusses her swimming several times during the show, saying at one point that part of the reason for her weight gain was quitting swimming to chase a boy. According to her official bio, she “was offered full scholarships by several colleges, but turned them down and instead moved to Germany after her 18th birthday to be with a German foreign exchange student with whom she’d fallen in love.”

Despite winning multiple Minnesota state titles, Frederickson never swam in college. Her lifetime bests before graduating from Stillwater High School in 2006 included a 23.5 in the 50 yard free, a 53.87 in the 100 yard fly, and a 2:03.82 in the 200 yard fly. She was a 3-time Minnesota High School State Champion.

Frederickson began the series as one of the lighter contestants and had the 2nd-lowest starting BMI. In 13 weeks so far, she’s lost 110 pounds. The finale of the show will air on February 4th, 2014. Frederickson now works as a voice over artist in Los Angeles.

I’ve never seen a season of the Biggest Loser before this one but have followed this whole season and I’ve been rooting for Rachel the whole time. I sure hope she decides to try masters!

I love and appreciate many things from USA. But one thing I let you is that kind of TV shows. It’s really awful.

Awesome job on the weight loss. She is certainly still young enough to probably regain much of that former speed…especially with dedicated training or joining a master’s team. Good job and good luck staying healthy and fit.