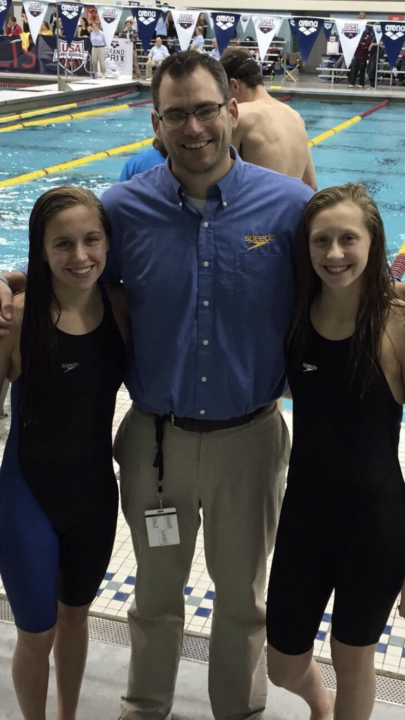 After 2 years away on Long Island, Mike Murray is returning to Rochester as the co-head coach and program director of the Victor Swim Club.

Danson joins Penn from the University of North Carolina, where he served as the volunteer assistant coach for the Tar Heels’ for two years.

Murray will serve in his new role as Program Director and co-head coach of the Victor Swim Club along with Brett Leader, with Murray expected to take on a large administrative role in the club’s day-to-day operations in addition to coaching duties. Leader and Murray worked together in Murray’s previous stint with the club as well.

Co-Presidents of the club, Karen & Neal Senglaub, “We are thrilled that Mike Murray will be returning to the Victor Swim Club as our Program Director and Head Coach. Mike’s vast knowledge of swimming, combined with his endless energy and enthusiasm, make him an invaluable asset to any swim program. We feel very fortunate to be bringing Mike back to Victor.”

Murray is returning to Western New York after a successful 2 seasons with Islanders Aquatics in West Islip, NY on Long Island. During his tenure with Islanders, IA athletes broke over 22 team records and finished with their highest VCC score in team history in 2018; as well as team highwater marks at the Senior Metropolitan Championships, Metropolitan JO’s and finishing in the top 10 teams at the Speedo Sectional Series.

“I’m thrilled to return home and continue to build the Victor Swim Club legacy. Brett and the staff have elevated the excitement around the program, and I’m humbled by the way they have welcomed me back! Brett and I have always wanted to create a situation where we could coach together, we’re blessed to have this opportunity. I can’t wait to get back to the #WorkWorks family. I’m incredibly thankful for my time with Islanders and I’m proud to have been a part of that program, I know Coach Marc (Danin) will have great success!”

So, work didn’t work in Metro?

“Strength does not come from what you can do but rather from overcoming the things you once could not do.” Good to see Coach Murray back home. #WorkWorks

Congratulations Mike, So happy you are coming back to Victor!

Congratulations Mike So happy you are coming back to Victor!!

If Mike did such a great job with the Islanders, why is he making a move backwards?