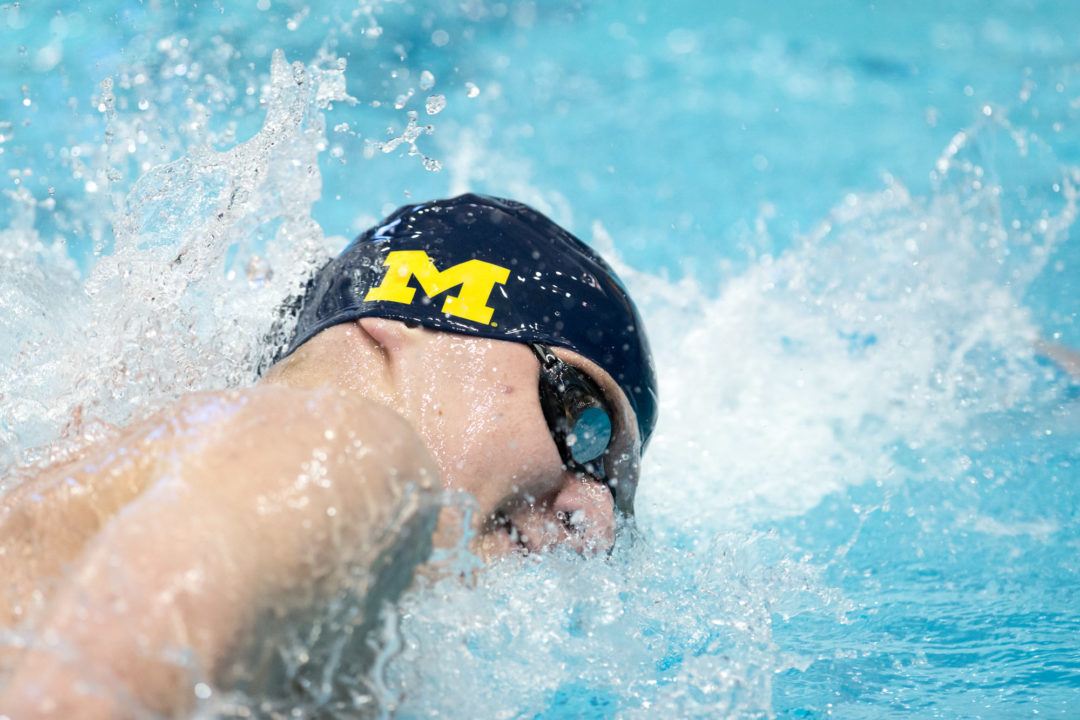 University of Michigan junior PJ Ransford has been named the Elite 90 Award winner for men’s swimming & diving. This means...

University of Michigan junior PJ Ransford has been named the Elite 90 Award winner for men’s swimming & diving. This means that he has the highest GPA of all eligible athletes competing this week in Indianapolis.

Ransford is the first Michigan swimmer to win the award and the 3rd from the Big Ten to do so in its 8 year history. He’s the 4th Michigan Wolverine across all sports to earn the honor, after Danielle Johnson (water polo, 2016), Kinsey Vear (rowing, 2016), and Benjamin Baldus-Strauss (men’s gymnastics, 2010).

The honor is given annually to the athlete at each of the NCAA’s 90 sponsored championship final sites who has the highest GPA. Ties are broken by the number of credit hours completed, and athletes must be sophomores or above who have competed in their sport for at least two years with their school.

Ranford is majoring in mechanical engineering. At this week’s NCAA Championships, he’s already swum the 500 free ,where he placed 19th in 4:14.65, and still has his best event, the 1650 free, left to swim. Ransford is seeded 7th in the 1650.

Congrats to him, what an achievement & at a tough academic school like Michigan. Looks like this is the only happy news for the men’s swim team this week. They will be finishing​ lower in the team standings than they have in many years.