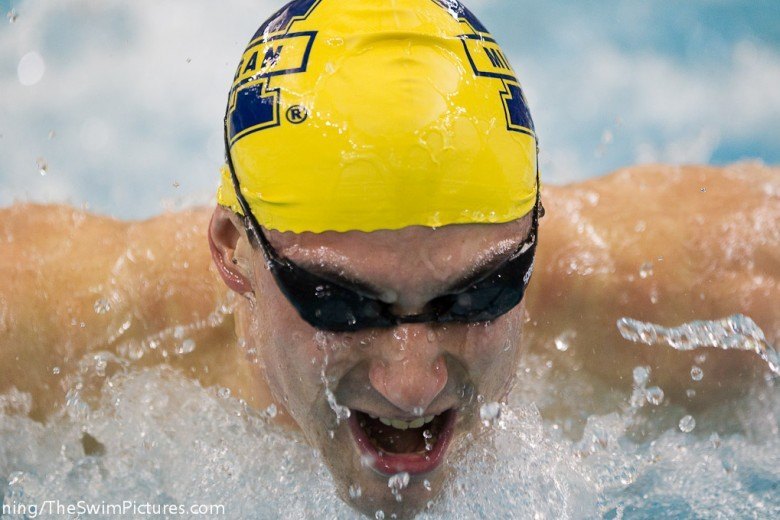 The men of the University of Michigan have completed another successful season of college swimming. They won the Big Ten title, finished 5th at NCAA’s, and now have received more individual Scholar All-American honors than any other program in the country, with 9. That means the 75% of their NCAA roster held a GPA of 3.5 or better, and at Michigan, that is consistently ranked among the best public universities in the country, and world for that matter.

The names on the list include some of the team’s stars, like 14-time Big Ten champ Dan Madwed, and the Ortiz brothers Miguel and Bruno.

There are a lot of big-name swimmers on this list from across the country, including dozens of major conference champions. Here’s the teaching-tool from this year’s list: the two members of the Olympic Team who still have college eligibility remaining were both Academic All-Americans: Michigan’s Connor Jaeger and Georgia’s Andrew Gemmell. That can be a big learning point for coaches across the country that it is possible to balance the most elite athletics with high-level academic performance.

On the women’s side, the SEC continued to prove their academic prowess, as the ladies of Georgia and Auburn tied atop the list with 8 swimmers on the list. Included in those numbers are NCAA Champions and Olympians like Arianna Vanderpool-Wallace, Wendy Trott, and Shannon Vreeland.

Other individual NCAA Division I Champions to make this list include:

Michigan dominating OSU in the classroom as always =)

I think he was talking about the men, but anyway its much easier to get a higher gpa at a school of lower academic quality like OSU.

Someone at UM might want to remind David Brandon that they have a womens team also. Oh and placing a coach, any kind of coach, on the team by October would be a bonus, thanks.