Michigan Gets A Verbal from California’s Emily Eastin for 2016 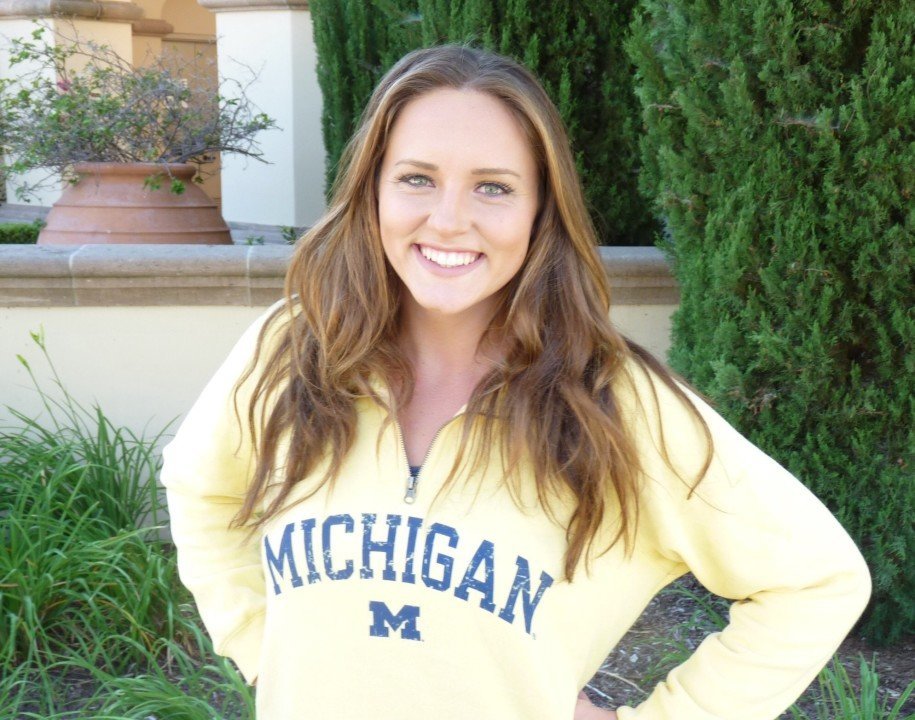 Emily Eastin, of Crean Lutheran High School and SOCAL Aquatics Association, is headed to Ann Arbor to swim for the Wolverines in 2016. Current photo via Emily Eastin

Right when her older sister Ella is getting her collegiate career started at Stanford, Emily Eastin has announced her verbal commitment to the University of Michigan:

“I believe The University of Michigan will provide me with an amazing college experience through world class academics and athletics. I am so excited to compete at the college level and become a part of the wolverine family. GO BLUE!”

Eastin also swims under coach Steve Pickell at SOCAL Aquatics Association. Her best times over the last year include:

Eastin will be an immediate contributor to the Wolverines’ back/fly group; her 100 back time would have been right at the A/B-final bubble at 2015 B1G Championships, while her 100 fly and 200 back would have scored in the B and C finals, respectively.

Michigan has had a strong early response from commits to the men’s team, and now it looks like the women are starting to line up for Coach Mike Bottom’s squad. Eastin joins fellow commit, fly/free specialist Vanessa Krause, in the University of Michigan Class of 2020.

Michigan is a great school, Emily will do wonderful there and is a big catch for them.