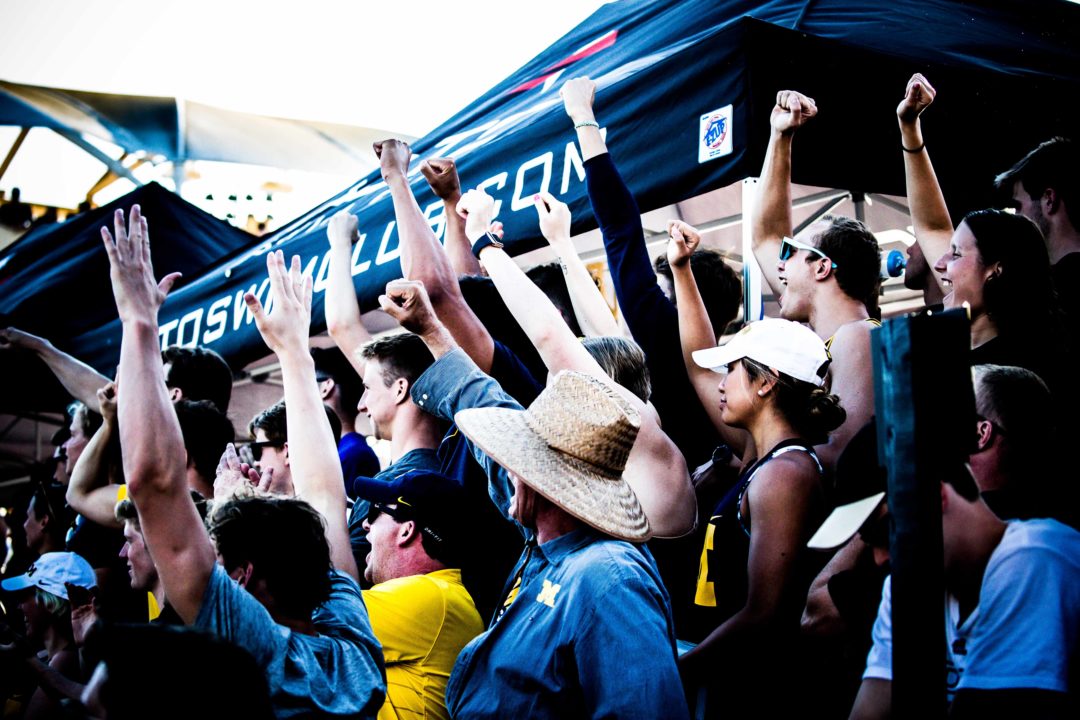 Michigan assistant coach Nikki Kett announced today that she will be stepping away from coaching after spending the last three year on the Wolverines' staff.

University of Michigan assistant coach Nikki Kett announced today on Instagram that she is stepping away from coaching. Kett has been at Michigan since 2018 as an assistant while also filling the role of women’s recruiting coordinator.

Life Update: I’ve decided to step away from the pool deck. This was a tough decision, but feel it is what I need especially after the year we have all been though. College coaches constantly have so much on their minds and are always focused on the next thing, but I am finding I need some time away from the pool.

There is so much pressure in our sport to keep going and keep grinding, that as coaches and athletes, we oftentimes don’t learn to take that time for ourselves. But I know that is what I need right now.

That being said, I could never repay what swimming has given me – the people I’ve met, the places I’ve lived, the experiences I’ve had, and the athletes I’ve been lucky enough to work with. I have learned so much about myself; especially in some of the hardest moments. Thanks to everyone who has supported me and impacted my journey, I am so grateful to you.

I’m so excited for this next chapter of “coaching”, just off the pool deck–I’ve started working with some amazing clients and am so excited to continue @nikkikettcoaching 🥰🥰

Thanks @guypackard for your endless love and support this year. I’m so lucky to have you by my side. We will be heading to spend the summer in Cape Cod with my family 💕💕 Come visit!!!

From there, Kett become an assistant at Penn, where she worked primarily with the women’s sprinters and was a recruiting coordinator. During her time with the program, Virginia Burns won 4-straight Ivy League titles in the 500 free and Chris Swanson became the men’s program’s first-ever NCAA national champion. While coaching at Penn, she also got a master’s degree in organizational dynamics, with her capstone project creating connected, high-performing teams.

Kett sounds like she’ll be putting that master’s degree, as well as her experience, to work in another capacity, as she’ll be focusing on Nikki Kett Coaching through which she’ll be coaching “ambitious women in their 20s + 30s to build self-trust + coaching so they can enjoy life and hit their goals with the pressure.”

This will leave one hole on the Michigan coaching staff that head coach Mike Bottom will need to fill heading into next season. Besides two pretty high-profile exceptions, there have not been a lot of coaching departures announced yet, although that tends to pick up over the next few weeks as the spring coaching carousel starts spinning a bit more this time of year.

I’ve heard rumors Eddie Reese is looking at this role.