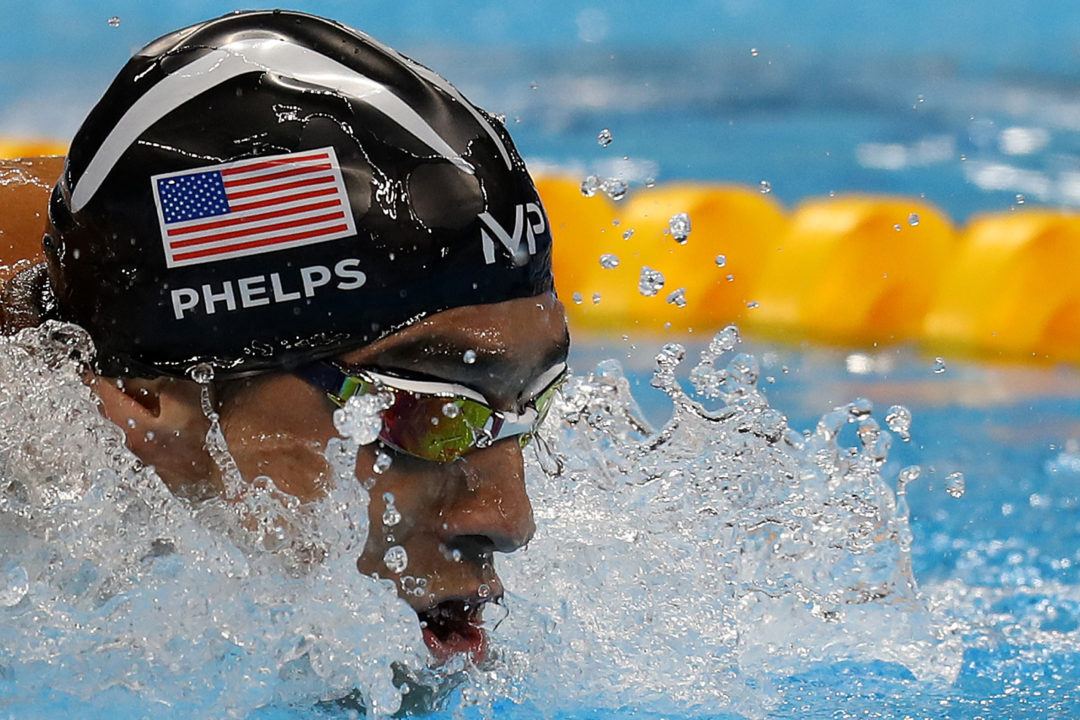 On April 5th, Olympic Gold Medalist, Michael Phelps popped up on Facebook for another Facebook Live Video. Since being out... Archive photo via Simone Castrovillari

Since being out of the pool, Phelps has said that he has spent a lot of time traveling. Recently, he said he was in the Bahamas and spent 36 out of the 48 hours on a boat. “It was epic,” said Phelps.

Phelps recently had the opportunity to participate in Shark Week and was able to swim with sharks. “It was a treat for me, and something I never thought I would be so relaxed with.. it was unreal” said Phelps. Phelps cannot give out more information until it airs.

Boomer Phelps has been doing great according to Phelps. He turned 11-month on the 5th this month, and Phelps thinks he said “mama” and is in hopes he will soon day “daddy.” Phelps say it’s crazy to see how Boomer changes from day to day.  And says the most difficult part of being a parent is trying to get Boomer to eat.

On April 1st, Phelps posted on twitter, “Some dreams/goals you just can’t get rid of…been doing a lot of thinking  I’ve decided that I’m going 2 make another comeback! #tokyo2020,” was posted on Phelps’ Twitter account.

Sadly, Phelps has made it clear according to his Facebook live post that another Olympics isn’t in his future and it was simply just an April Fools joke.

“Sorry guys I won’t be in the 2020 games…it was just an April Fools joke,” said Phelps.

Next month, Phelps and Allison Schmitt will be going to a conference in D.C to discuss mental health.

“It needs to be accepted more, and it’s tough to be able to talk about sort of those things,” said Phelps.

What did he say about Dressel?

Yes please, what’s the TLDR. I cant do 22 minutes of this.

Wait isn’t that what Phelps has said about everything for the last 17 years?