Michael Phelps in Baywatch With The Rock Dwayne Johnson 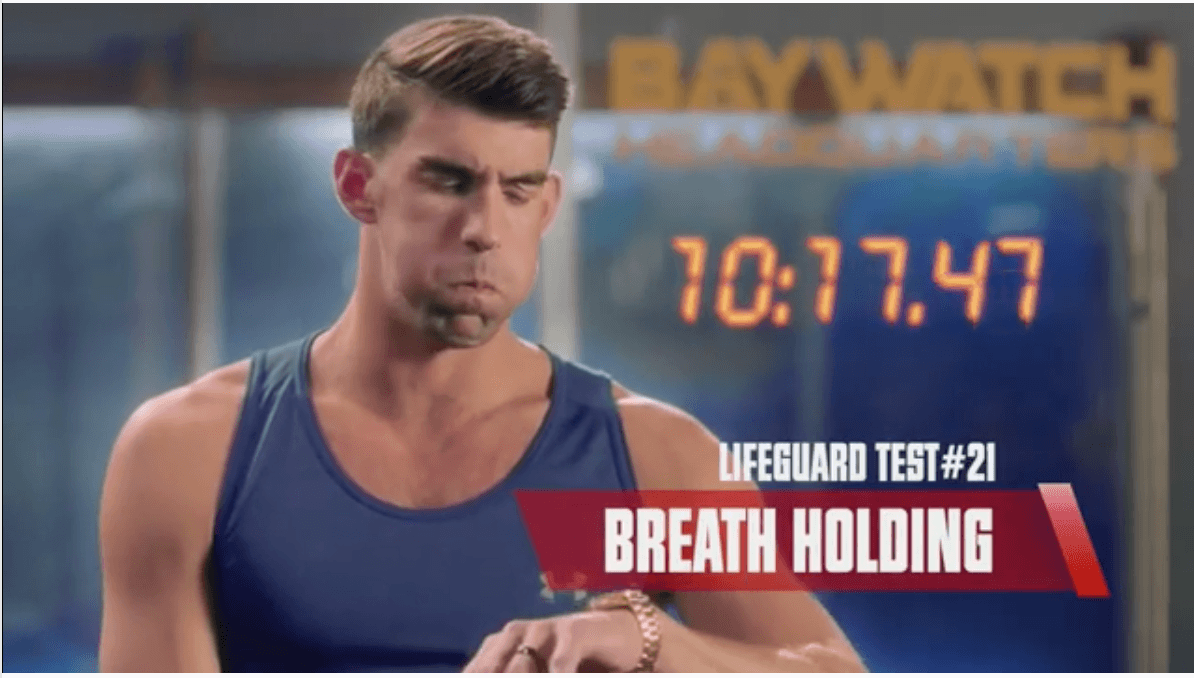 I had to put the GOAT @MichaelPhelps thru his TOUGHEST TEST EVER. He passed.
Congrats brotha. Welcome to the squad. #BAYWATCH MAY 25th

Efron’s character and storyline has sparked much speculation on the web. According to TheMovieNetwork, sources close to the film say he plays a disgraced Olympic swimmer, a two-time gold medalist, needing to rehab his image after committing a crime.  While this sounds familiar in the aftermath of Rio and the infamous Ryan Lochte gas station incident, Baywatch wrapped production in June, nearly two months before the Olympic Games began in Rio, Brazil.

Let’s all take this moment to remember that Gold Medal Mel Stewart managed to appear in two episodes of Baywatch as Captain Mel Dawson.

Sounds like I need to audition for Baywatch, then.