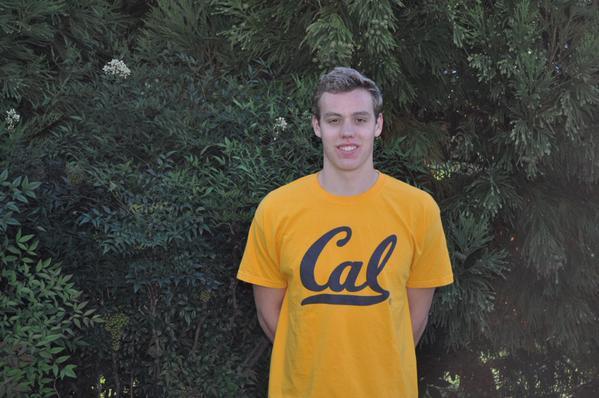 The Cal Golden Bears kicked off their season with a blowout win over Pacific, wasting no time getting started with six different nation-leading times from five different swimmers.

According to USA Swimming States on Twitter (@USASwimStats), two of those #1-ranked times went to stud freshman Michael Jensen. Coming from Upper Dublin HS and UDAC in Pennsylvania, Jensen muscled his way to a 1:36.27 clocking in the 200 free and a 43.22 showing in the 100 free. In addition to winning handily in either race over fellow frosh ‘aukai Lileikis (the Hawaiian was 1:37.67 and 44.66 in the 200 and 100, respectively), Jensen was tenths off of his 42.69 personal record in the 100 free.

Justin Lynch and Andrew Seliskar dominated the butterfly events, both soaring to nation-leading times in their respective races. Lynch popped a 47.50, edging Seliskar by a slim margin (47.53), while the sophomore Seliskar glided to a 1:45.65 showing in the 200. Lynch also blasted a 19.95 to take the 50 free win. Connor Hoppe added another #1 time in the 100 breast, sprinting to a 53.87 to win the race by over a full second.

Sophomore Mike Thomas was a double winner, like Lynch, posting victorious times in the 200 back (1:46.54) and the 200 IM (1:49.13), the latter of which was a nation #1 time. The Golden Bears went 1-2 in every event, and went as deep as 1-2-3-4 in some events in their big win over the weekend. Superior swimming from Cal‘s younger ranks gives us a glimpse into the future, as the Bears are front-runners to capitalize on a couple down years in recruiting from current NCAA juggernaut Texas.

BERKELEY – With plenty of new faces getting their first collegiate race action and a group of returners intent on setting the tone for the season to come, the Cal men’s swimming team kicked off its 2016-17 campaign with a 172-52 dual meet victory over Pacific at Spieker Aquatics Complex.

Hosting their lone home dual meet of the fall, the Bears got started right away with a 1-2-3 finish in the 200-yard medley relay. Though a technical issue left the relays unscored for the day, Cal (1-0) kept right on rolling into the 1,000-yard freestyle where sophomore Nick Norman set the pace early and cruised home for a winning time of 9:12.93.

The 200 freestyle gave Cal fans a look at a pair of promising freshmen as Michael Jensen and ‘Aukai Lileikisdueled to the finish. Jensen posted a time of 1:36.27 to edge his teammate and the duo battled again later in the day as Pawel Sendyk joined his fellow underclassmen to go 1-2-3 in the 100 free. Jensen took that race as well with a time of 43.22.

Freshman Andy Song picked up his first collegiate win with a victory in the 100 backstroke and juniorConnor Hoppe, the defending Pac-12 champion in the 100 breaststroke, again showed his strength in that event with a good swim to earn his first win of the year. 2016 Pac-12 Newcomer of the Year Andrew Seliskar pulled away for a convincing win in the 200 butterfly and fellow Pac-12 champion of a year agoJustin Lynch claimed the 50 free to take the meet into its first break.

After fans were treated to an exhibition swim by 2016 Olympic gold medalist Tom Shields as well as Cal‘s 1-2-3 finish in the 100 free, sophomore Mike Thomas picked up a win in the 200 backstroke to highlight an impressive day for the Pennsylvania native. Senior Hunter Cobleigh outdueled Hoppe to win the 200 breaststroke and Norman made it a distance double with another convincing win in the 500 free.

Lynch earned his second victory in the 100 butterfly and Thomas closed the day’s scoring out with the top time in the 200 IM. Lynch, Lileikis, Sendyk and Jensen combined to win the 400 free relay to finish the afternoon.

“The guys stayed invested in the meet all the way through. It’s really easy to have a mindset that it’s an early season competition, we’re training through this but our guys took this meet seriously,” said Cal associate head coach Yuri Suguiyama. “I thought they gave good attention to all of their races and I felt like they were generally very invested in it.”

With the home portion of the fall dual schedule complete, Cal next turns its attention to the Pacific Invitational on Oct. 21-22. The annual Triple Distance Meet between the Bears and Stanford takes place Nov. 2 at Stanford and Cal wraps up its fall schedule from Dec. 2-4 with a trip to the Georgia Fall Invitational.

Berkeley, Calif. – The Pacific men’s swim team couldn’t overcome nationally-ranked California Friday night in the first dual meet of the year, losing on the road in total points.  The men will next be in action at the Pacific Invitational, which begins Friday, October 21 at 7:00 pm.  The women’s team starts their season today at 4:30 pm at Cal State East Bay before coming home for the Pacific Invitational.

Mitchell Ongstad and Curtis Klein each came away with third-place finishes for the best placing of the day for the Tigers against Cal, which ended last season ranked second in the nation.  Ongstad swam a 20.98 in the 50 Free while Klein swam a 1:49.72 in the 200 Back, more than five seconds ahead of fourth place.

Predicting 42.38 for Jensen at end of season

The muscles required for sprinting (fast twitch) require a lot more rest than the muscles used for distance races. So if he’s going 43.22 in the midst of presumably hard training, that’s a very very good sign. I wouldn’t be surprised to see him go 41 high at the end of the season

I’m willing to bet that he has yet to feel the effects of hard training just yet.

If Cal has been in training for at least a month, I’m sure he would’ve felt the hard training. It doesn’t matter who you are, you’re gonna feel your month of training at Cal

No, it actually does matter who you are as not everyone recovers or responds the same way to hard training.

Have they done the King of the Pool yet?

They don’t swim that meet anymore.

43.2 at the beginning of the season?? Very impressed by this kid. Cal’s freshmen class is unbelievably good this year.