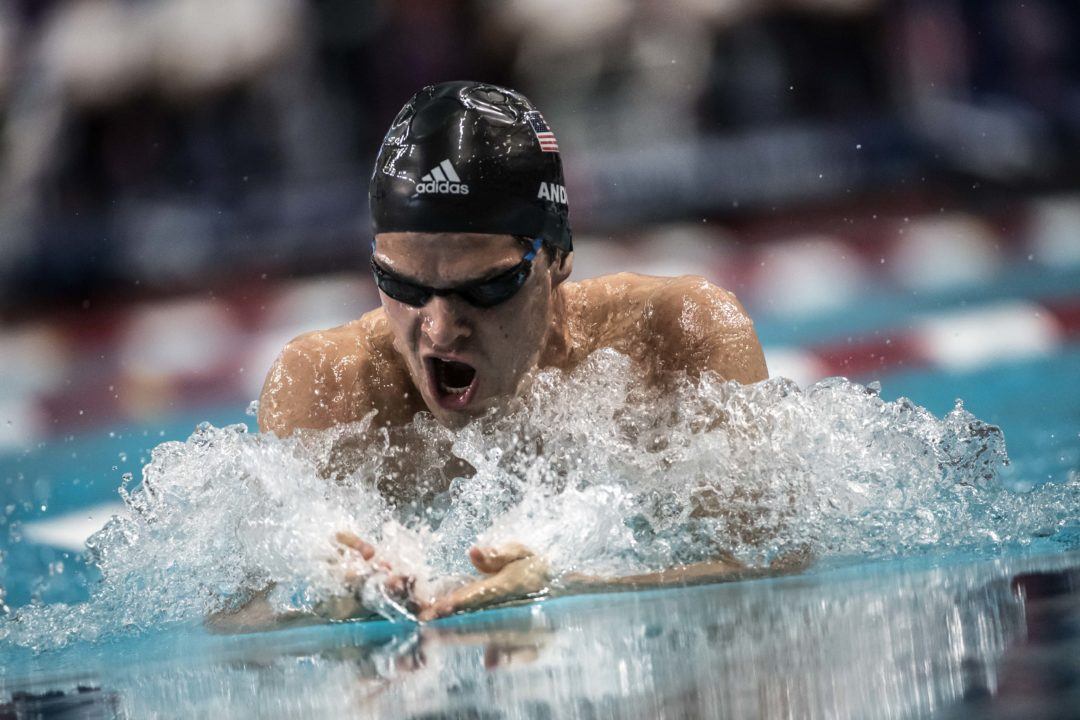 5-time World Short Course Champion Michael Andrew will attend among a group of about a dozen senior-level Americans, and a large contingent of juniors as well. Archive photo via Mike Lewis/Ola Vista Photography

Last week, the hosts of the Mare Nostrum series stop in Monaco announced an elite list of participants that included World Champions, Olympic Champions, and World Record holders, but only 1 American: Madisyn Cox.

The U.S. is also expected to send a roster of 15-20 junior swimmers to the Canet and Barcelona stops as they usually do, but that roster has not yet been announced.

A very nice lineup with lots of diversity.

Did you attain this year’s start lists?.

Jake and Carson Foster too

Can you provide the link? Thanks. I only see the 2018 entry list.

Good, the more reps of races Shields gets the better, loved that guy since his crazy underwaters and the 100 fly/back double at cal, not many people could’ve fought back from his 2012 trials to make it in 2016. He’ll be alright.