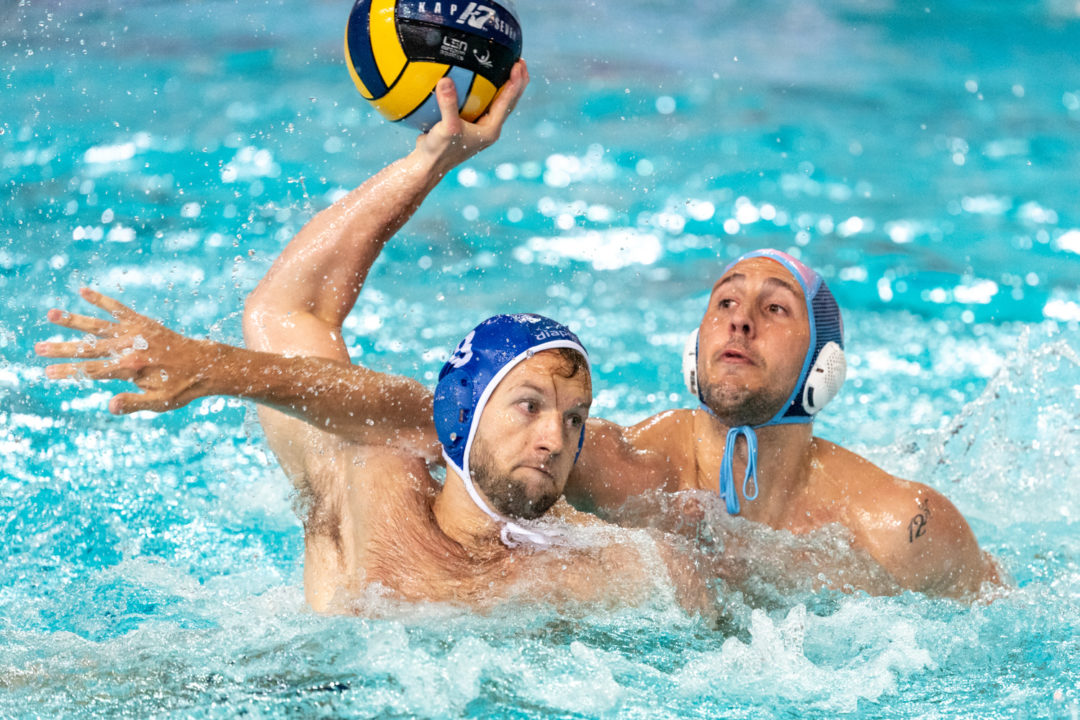 Hungary’s Szolnok and OSC are the favourites, though Crvena Zvezda (SRB) and Vouliagmeni (GRE) will also have a shot at the final. Archive photo via © Giorgio Scala/Deepbluemedia/Insidefoto

It’s not just Easter-time but also time for the first leg in the semi-finals of the men’s Euro Cup on Saturday. Hungary’s Szolnok and OSC – currently ranked 1st and 2nd in their domestic league respectively – are the favourites, though Crvena Zvezda (SRB) and Vouliagmeni (GRE) will also have a shot to make the final.

2017 Champions League winner Szolnok visits Crvena Zvezda, king of Europe in 2013. It’s a mouth-watering clash as Szolnok has a handful of Serbian stars, like Filip Filipovic and Dusko Pijetlovic who had won Olympic and world titles with head coach Zivko Gocic. So far, the Hungarian side did well against the former Yugoslavians, Montenegrin Primorac in the eight-finals and the other Serbian club Radnicki in the quarters. Zvezda beat France’s Tourcoing and Russia’s Dynamo en route – now they face by far their toughest challenge.

OSC – finished 15-15 with Szolnok in a thriller on Wednesday – blew away Pays d’Aix (FRA) and with a devastating home win against Spain’s Sabadell cruised to the semis. Their Greek rival Vouliagmeni came on the rocky road: they managed to eliminate Serbia’s emerging new team Novi Beograd with a single-goal aggregate win, then came the biggest upset of the competition when the Greeks could oust Croatia’s Mladost in a penalty shootout. In a week it will turn out if they had more miracles in their bag as the second legs are due on next Saturday.