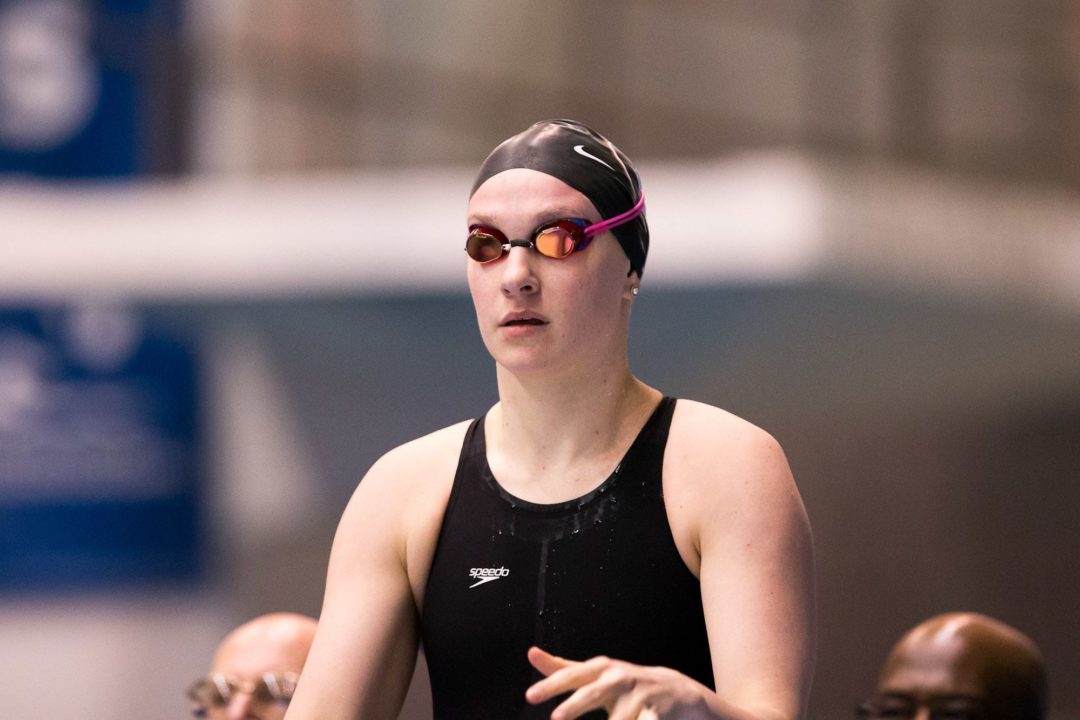 Florida’s Elizabeth Beisel and Texas A&M’s Cammile Adams both went out hard on the butterfly, but Beisel had the backstroe to back it up. She took the race out in 1:54.82, and even held off Caitlin Leverenz on the breaststroke leg. Beisel led this race for the last 300 yards, and took the win in 4:00.49.

After a few years of Julia Smits and Katinka Hosszus pushing the pace, we became accustomed to seeing sub-four-minute 400 IM’s (four did it last year). Don’t forget that a 4:00 is still a very good time, and not-too-long ago would’ve been among the best times ever.

Stanford’s Maya DiRado , splitting under a minute on her backstroke leg, was 2nd in 4:01.02.