Kasey Carlson posts a personal best in the 100 breast 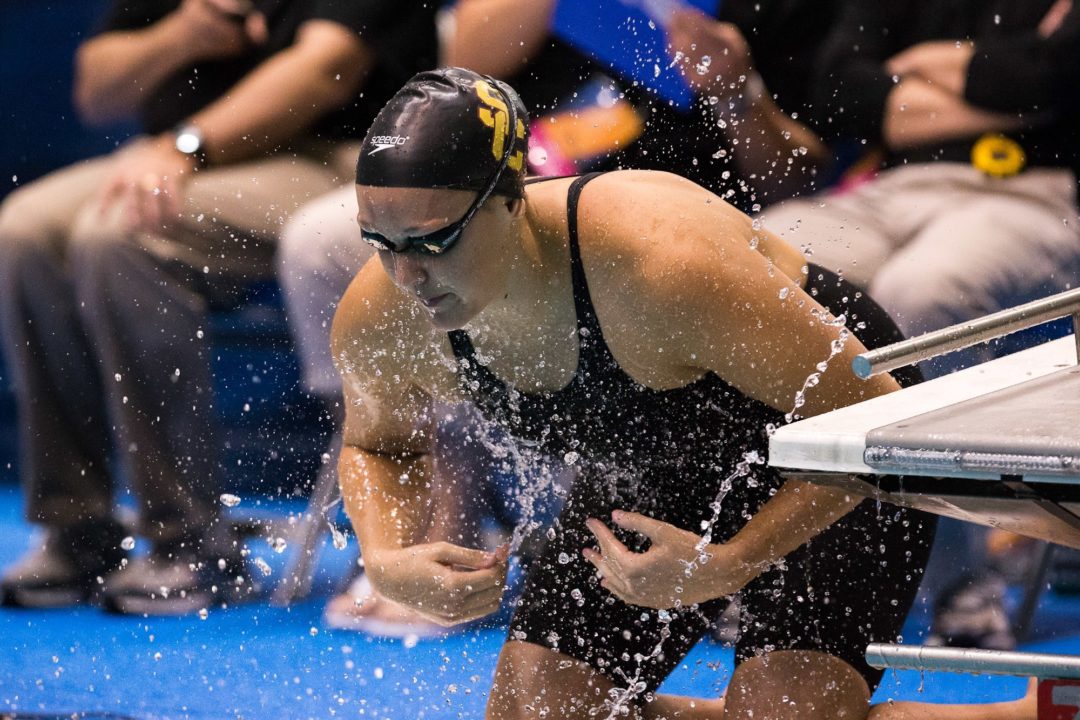 On night 2 of the NCAA Championships, Carlson posted the fastest 100 breaststroke of her career. (Photo Courtesy © Tim Binning/TheSwimPictures.com)

This hasn’t been a meet with a ton of records going down, but Texas A&M’s Breeja Larson at least was able to get her own NCAA Championship Meet record in the 100 breaststroke with a 57.63 for her second-straight title in this event. The swim was faster than she was in winning last year, but not as good as her in-season American Record.

USC’s Kasey Carlson, who’s having the best NCAA Championship meet of her career, was tied with Larson at the 50, but the back half of this race is where Breeja is so good. Carlson ended up 2nd in 58.36, which is a lifetime best for her. As a junior, that’s the first time she’s hit a season-best at an NCAA Championship meet. That’s especially impressive this year, where best times have been so hard to come by.

Columbia’s Katie Meili finished 3rd in 59.14; she, like most of this final, added from prelims. Arkansas’ Nikki Daniels was 4th in 59.18, just besting Notre Dame’s Emma Reaney in 59.19. The two sophomores were the youngest swimmers in this final: a rare one with no freshmen.

Meanwhile, Tennessee’s Molly Hannis won the B-Final in the 100 breaststroke in 58.84: a time that would have been 3rd had she been a little faster in the morning.